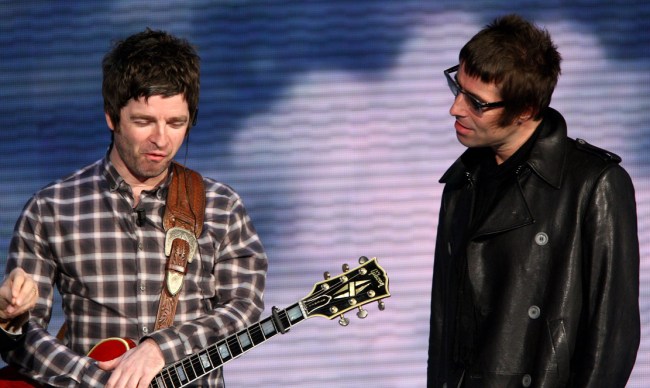 Former Oasis singer Liam Gallagher revealed in a new interview that his older brother Noel has been trolling him for years by moving furniture and other objects around wherever they were staying feeding his very real fear of ghosts. You know, just like an older brother should do.

The brothers, who keep teasing an Oasis reunion, have been known to, how shall I put this… not get along at times.

So this story, reported by The Mirror, of Noel terrorizing Liam whenever they were on the road is yet another gem in their always-fascinating, never-boring relationship.

Liam was the butt of the band’s jokes thanks to his obsession with poltergeists.

Noel recalled: “It’s highly amusing and if we were ever anywhere remotely spooky, we’d tell Liam that the house was haunted, particularly his bedroom.

“We convinced him his bedroom was haunted, so when he’d get up in the morning and go and have his breakfast, someone would go in and turn the pictures back to front, or f***ing move a lamp beside his bed across the other side of the room.

“Yeah, that was amusing. That was worth it.”

Oh, they also recalled another story about how the band was so high and paranoid during the recording of their 1997 album Be Here Now they thought farm animals at the country studio they were working had cameras and recording equipment.

“We’d always be suspiciously looking out their window, admittedly high as a f***ing kite thinking, ‘sheep’s got a camera. Don’t like the look of that pig,” recalled Noel.

And this is why we need an Oasis reunion, pronto. We need a little more Gallagher brothers infighting and public bickering in our lives. Also for the music. That too.