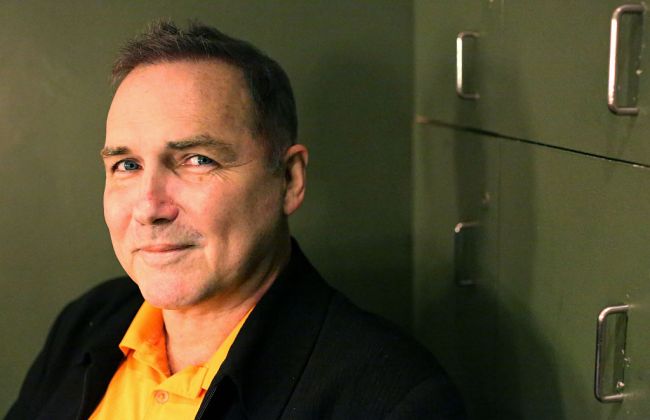 Anthony Jeselnik was right; Battling cancer for 9 years and not telling anyone is the most Norm MacDonald shit ever.

That doesn’t make it suck any less, especially knowing Norm’s contributions to the culture will largely be presented by YouTube algorithms and comedians’ tales of reverence.

I love Norm Greatest Hit compilations as much as the next guy, but listening to Norm open up to Marc Maron in a long-form podcast from 2011 is the deepest dive into the mind of the complex comedic genius I’ve ever heard.

If you have an hour and fifteen minutes, listen to the entire pod yourself, but for now chew on the pair’s discussion about Norm’s compulsive gambling problem and how that alleviated his crippling fear of his own mortality.

A year or so after this conversation, Norm would be confronted with his greatest fear, and grapple with that fear in secret for nearly a decade. Incredible.

Norm on the emancipation of going broke:

“I went broke a few times when I actually had lots of money. Three times. And I mean broke, dead broke. The three times I went broke for a lot of money, I had a very freeing feeling. I would go to the coffee shop and have a coffee and have nothing. A lot of me is trying to get as ascetic (definition: practice of severe self-discipline and abstention from all forms of indulgence) as I can in my life.”

“I bought a house for the first time ever and it was like I was walling myself into a mausoleum or something. I’m like I don’t want to be here. Mostly because I’m lazy. I don’t want to have a footstool because then I’ll have to clean it.”

[Related: Norm MacDonald Has Passed Away But Will Always Be Remembered For These Incredible Jokes That Defined His Legendary Career]

Norm on the addictive psychology of gambling:

“The only time I went to a psychiatrist, it was for gambling. And he was like, ‘You gamble to avoid life.’ And I was like, ‘Isn’t that why you do everything?’

It’s like any escape. I was never a drug and alcohol guy, but when I watch a game and I have a bunch of money on it, I can understand what’s going on. Nothing’s ambivalent. There’s stakes. You know exactly the rules. You’re completely involved and you’re completely escaped from your life, the real fear.

I’d rather fear losing money on a football game than ruminate all night about my upcoming illness and death. My biggest problem is ruminating about death, if I could get over that somehow. I read books about it, that [Ernest] Becker book, ‘Denial of Death.’ “

On the struggle to keep the faith:

“God is the best. That’s what I’m trying to get to is God….every great novel I read, faith is the only salvation, but I don’t know how to get it. I don’t know how to suddenly believe. I’m too stupid or proud or pretend I’m smart. I’ve come to it a long time ago that I have to control over anything, but I’m struggling with faith…It’s really hard to keep believing, because it’s the hardest thing to believe. Maybe I’m not deep enough.”

The Gambling + Mortality conversation starts at the 58:45 mark here.

Here is Maron’s response to MacDonald’s death, lauding the conversation he had with Norm 10 years ago as “one of the best talks of any of the talks I’ve done on this podcast.”