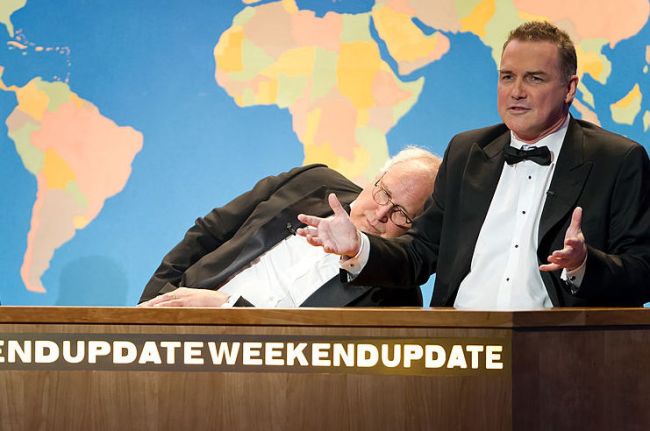 As most pop culture lovers have done since learning the shocking news that Norm MacDonald had passed away at the age of 61-years-old, I’ve spent a large portion of the last 24 hours consuming all sorts of MacDonald content, from his days on Weekend Update to the underrated Dirty Work to his plethora of gut-busting late-night TV appearances. One of the funniest and most insightful MacDonald creations I’ve come across, though, was his penchant for creating jokes that had a punchline that was almost identical to the setup.

While I learned about this true master-of-comedy habit by listening to his appearance on WTF with Marc Maron from a decade ago, Macdonald was actually quite open about his pursuit of the “perfect joke”, having referenced the phenomenon during an appearance on Howard Stern’s show as well.

Speaking to Maron about his time on Saturday Night Live, Macdonald noted how he’d always say that “the perfect joke would be if the punchline and the setup were almost identical.”

While Macdonald’s retelling of the joke is slightly off, I’d argue that the original joke is actually funnier than how he remembers it, as it’s instead told like this:

And there you have it: despite his famed deadpan and absurdist brand of comedy, Norm Macdonald was simply a man in search of the perfect joke. He was a student of the game. Rest in Peace, Norm.

RELATED: Norm MacDonald Has Passed Away But Will Always Be Remembered For These Incredible Jokes That Defined His Legendary Career