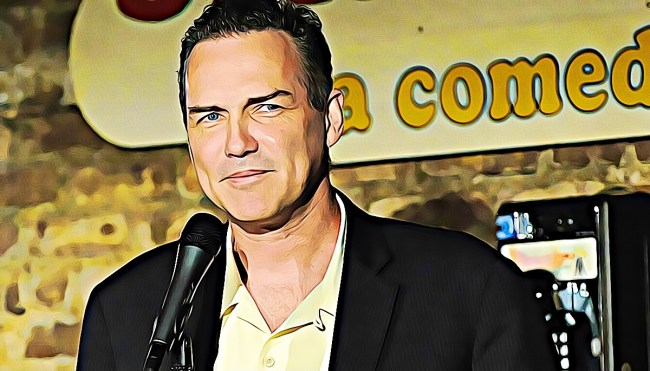 On Tuesday, comedy fans were blindsided by the news of the death of Norm MacDonald, who passed away at the age of 61 following a private battle with the cancer he was first diagnosed with almost a decade ago.

Norm MacDonald was a comedian’s comedian; the kind of guy who always seemed like he was really just making jokes to amuse himself and viewed the fact that other people also found them funny as more of a bonus than anything. He was defined by an incredibly wry sense of humor elevated by an absurdist bent, and while his style of comedy wasn’t for everyone, those who appreciated it know he left behind one hell of a legacy in the form of the many incredible jokes he dreamed up over the course of his lengthy career.

I normally don’t need an excuse to revisit the amazing bits spawned from MacDonald’s fascinatingly bizarre mind, and while I wish I had a cheerier reason to reexamine the ones I rounded up today, I can’t think of a better way to remember him than reflecting on some moments that will never be forgotten.

The O.J. Simpson Jokes That Got Him Fired From Saturday Night Live

After spending a solid chunk of the 1980s honing his stand-up chops at clubs and shows around his native Canada, MacDonald managed to generate enough buzz to land a job in the writers’ room on Roseanne at the start of the following decade. However, he officially caught his Big Break when he was tapped to join the cast of Saturday Night Live in 1993.

MacDonald only needed a season to earn a spot in the chair behind the Weekend Update desk—a promotion that occurred the same year many Americans stopped describing O.J. Simpson as “a former football player and actor” in favor of “the guy who almost definitely murdered his wife.”

Norm took an incredible amount of joy in mocking Simpson over the course of the investigation and ensuing trial. Unfortunately, NBC executive Don Ohlmeyer—who just so happened to be a longtime friend of O.J.—wasn’t a huge fan. He’d eventually exert his influence to get MacDonald kicked off Weekend Update in 1998, and the comedian would get booted from SNL shortly after.

However, that wasn’t the end of his time in Studio 8H.

Norm’s time at Saturday Night Live may be primarily defined by the topical jokes he rattled off on a weekly basis—which makes sense, as Weekend Update was a natural fit given his stand-up experience and general disdain for sketches.

With that said, there was one recurring sketch where MacDonald got a chance to shine and seized the opportunity: Celebrity Jeopardy!

MacDonald portrayed Burt Reynolds (a.k.a. Turd Ferguson) on the show six different times, and the character—an easily distracted mustachioed jackass who could not care less about the game show they’re on—is one of his finest works.

As I previously mentioned, Norm loved him some good, old-fashioned absurdism, and there is nothing that highlights that better than the neverending joke he told about a moth visiting a doctor while in the throes of an existential crisis while chatting with Conan O’Brien.

“Chairman of the Bored”

In 1997, actress Courtney Thorne-Smith was dispatched to the set of Conan’s late-night show to promote Chairman of the Board, a movie she starred in alongside Carrot Top that would’ve likely been forgotten to history if she hadn’t been sharing the stage with Norm MacDonald that day.

The joke itself is an incredibly juvenile pun, but the context and the build-up to the amazing moment MacDonald took full advantage of makes it brilliant in its simplicity. It’s basically the antithesis of the depressingly cerebral yarn the comedian spun in the groaner, but it proves Norm could do it all.

The White House Correspondents Dinner has produced plenty of awkward moments over the years, and MacDonald was responsible for a good chunk of them when he stopped by in 1997 while Bill Clinton was in the Oval Office.

Most of the jokes may not have landed, but the fact that it’s obvious Norm could not have cared less makes them even better.

His Set At The Comedy Central Roast of Bob Saget

Bob Saget is probably best known for playing Danny Tanner on Full House, which is particularly ironic when you consider the actor also pursued a comedy career defined by the incredibly lewd and raunchy jokes that made him feel right at home as the subject of a Comedy Central roast.

However, Norm decided to take a slightly less traditional route when it was his turn to step up to the mic, as he delivered a squeaky clean set filled with the kind of groaners you’d expect to find in an issue of Reader’s Digest.

I’m just going to present this one without comment, as it really speaks for itself.