People Are Wearing Nose Warmers That Make Them Look So Dumb, So I Had To Weigh In On This ‘Trend’ 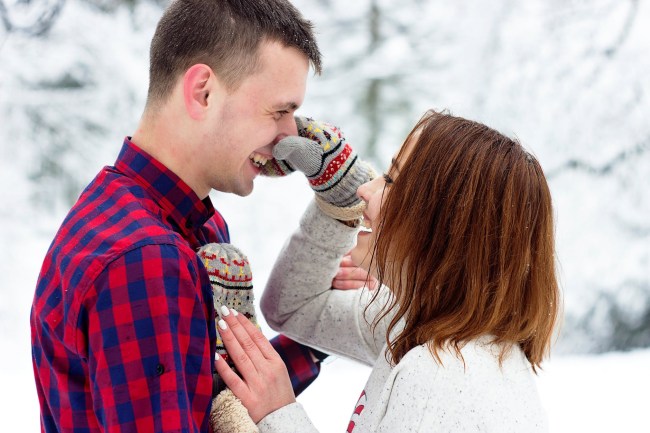 It takes a helluva lot to get under my skin or ruffle my feathers. Hell, a homeless guy once spit on me because he was crazily calling me “the problem” while I was running once, and, after nearly barfing, I simply wiped it off without causing a scene. That said, there’s a new nose warmer trend that’s apparently happening and, damn it, I’m more pissed about it than when that nasty loogie it me.

Let me reply to your question with my own question: Are you seriously F’in kidding me? Not a chance in hell am I wearing this. Look at how dumb these people look.

Maybe I’m vain and care too much about what it looks like, but, then again, so are 98 percent of you out there, so get off of your F’in high horse.

Much like other popular Internet trends — like when beard-dazzling was a “thing” a couple years ago — this is simply stupid people doing stupid things to look, well, stupid. I’ve got a hard time believing someone sees this nose warmer and thinks to themselves, “you know, that’s exactly what I’ve needed for all these years. Something that looks like a cat mask stretching across my face.”

The company, aptly-called the Nose Warmer Company, has gotten a lot of reaction from around the Internet lately. But, for people like me who thinks it looks stupid AF, the owner of the company, Sally Steel-Jones, tried to defend the product as any true salesperson would. Here’s what she said in an interview with Buzzfeed.

“It looks a bit silly, you say? So do Christmas jumpers and bobble hats, but plenty of people wear those,” Steel-Jones said. “With enough cold-nosed people out there to create a demand for the warmers, one day it might be you looking silly walking around with your red, bare nose!”

You’re right, Sally, all those things do look silly — which is why the majority of people don’t actually buy them. I don’t care if I end up looking like Lloyd Christmas for the next four months, I’m not wearing no stupid nose warmer.

If you want to look like a F’in pigeon all winter long at the expense of others laughing at you, be my guest. I’ll just go ahead and let Old Man Winter freeze my nose like he’s been doing to humans for, oh, the past hundreds of centuries.