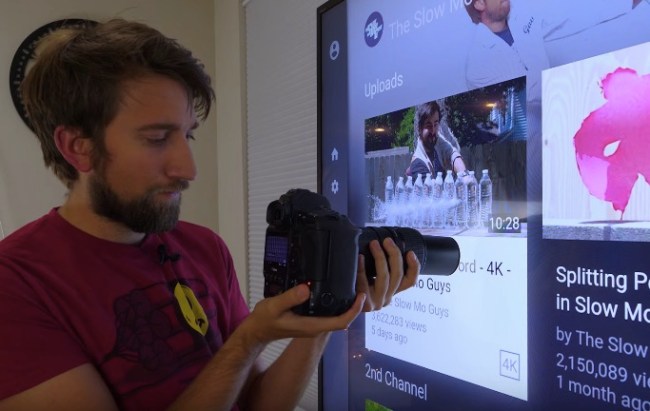 In the latest episode from The Slow Mo Guys YouTube channel, they’ve decided to drop some knowledge on everyone by showing us all how TVs work. Watching TV is an illusion. You think that you’re being shown moving images when in reality you are being shown vivid still images so quickly that it appears as if they are moving images.

Sounds logical, right? The pixels on your TV fire in some sort of order to create images in rapid succession. The end result is a moving image on your television. But, when you slow this process down using a 4K camera which films in hundreds of thousands of frames per second you can really drive this point home by showing how the images on a television load, from left to right and top to bottom (on tube TVs).

This happens so much faster than our brains could ever process but the ridiculous camera owned by The Slow Mo Guys is able to capture this action. So prepare to have your mind blown as this video is currently trending on YouTube with people everywhere freaking out over this footage:

My only regret with this video is watching it sober. Surely this footage could’ve been enhanced with some pharmacological party favors…Or not.