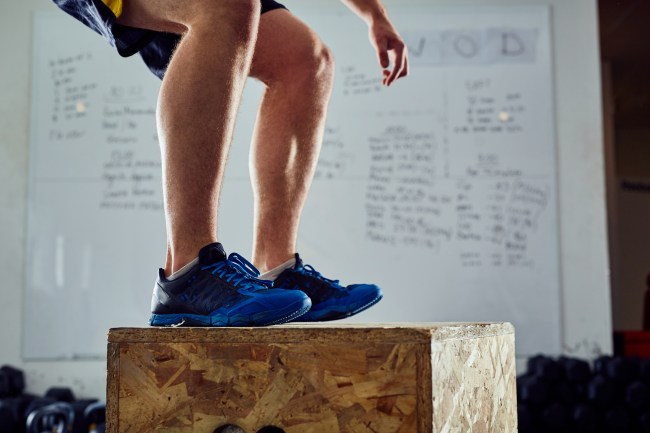 You may now be familiar with the NubAbility Camp, but it’s one of the coolest things I’ve found in recent days. That’s because, according to their website, it’s a non-profit that’s proud to host nationwide, limb different sport camps for youth athletes who are congenital, traumatic or medical amputees from around the world. In otherwise, it’s a place to inspire young people to prove to themselves that they’re capable of accomplishing anything.

One of the most recent examples in which the NubAbility Camp accomplished the above mission popped up on Twitter the other day, and it’s pretty F’in awesome. That’s because, in the video, a 15-year-old teenager named Tim — who was born without arms — was pushed by NubAbility founder Sam Kuhnert to stick with a goal of accomplishing a 20″ box jump, and the reward is at the end when Tim does it. Take a look below.

My favorite moment from Nubability Camp. Tim overcoming his fears and self-doubt and landing a 20” box jump. If you have not heard of Nubability Athletics and its founder, Sam Kuhnert, check them out.#NubCamp2019 #DontNeed2 #GameOn
@nubabilityathletics @samkuhnert pic.twitter.com/EIQEcPK0v9

If you’re not inspired by that, check your pulse, because you may not be a living, breathing person. This might not inspire you to go out there and get to the gym yourself today, but it should serve as a reminder that you can do whatever the fuck you want to as long as you find something deep down in you and push yourself. It’s a good reminder that, despite any limitations, we can do some great things — and it’s why so many people on Twitter seemed impacted by the video.

What an inspirational and determined individual 👏👏👏 bravo

Tim is an inspiration, thank you for sharing. This reminds us we all have obstacles that we need to overcome. Some physical, some mental or emotional and a lot of times a combination. #hero #rockstar

This is amazing y’all. Y’all are a tremendous group and would love to hear and see more of these stories🇺🇸👌🏻💯

I feel the hype coming off of him! Congrats to Tim!

Holy shit…that dude can waaaaay out jump me. Props to him

Good for Tim, and good for the overall mission of the NubAbility Camp, because, without something like this in place, there would be a lot of kids out there who could feel weird being different and wouldn’t even attempt stuff that they’re capable of. Anyone else feel like they can go out and do some incredible shit today?