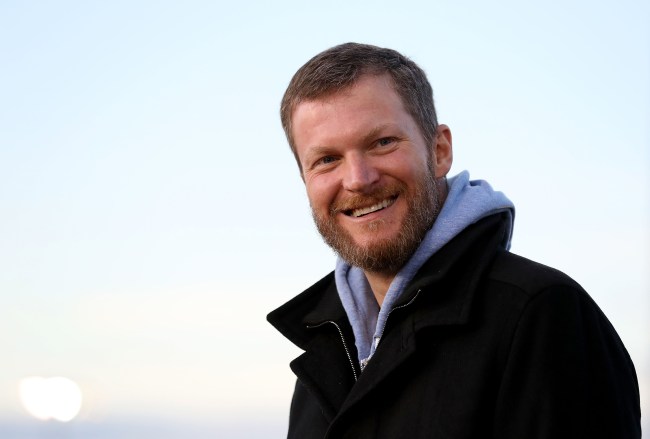 Imagine being so filthy rich that two full-grown-human-sized 8’s smack dab in the center of your Tribeca family room isn’t crowding. I just picked up a couple furniture essentials for my living room and I feel like Neo from the Matrix dodging bullets just to get to my couch.

Or, imagine being so obsessed with Dale Earnhardt Jr. that you feel compelled to be reminded of him every time you sit down for dinner with your family.

Earnhardt, who of course drove the No. 88 Chevrolet for 10 years before retiring in 2017, was commemorated in one of the the most incredible penthouse residences in the entire city of New York. The 3.777 square-foot penthouse has been put on the market for $14.8 million and contains two bedrooms and two bathrooms. Why would someone ask for so much for a two bedroom condo? The answer can only be the giant 88’s…

An Architectural Digest story in 2015 describes the Earnhardt sculptures in this way: “In the great room, which looks out onto a leafy park and the towers of lower Manhattan, looms a monumental Banks Violette steel sculpture in the form of a tilted 88”.

The listed caught the attention of none other than Dale Earnhardt Jr. himself, who had a couple clues as to who the owner of the penthouse could be.

Now if you’ll excuse me, I need to leave my apartment because I farted yesterday and it’s still lingering.