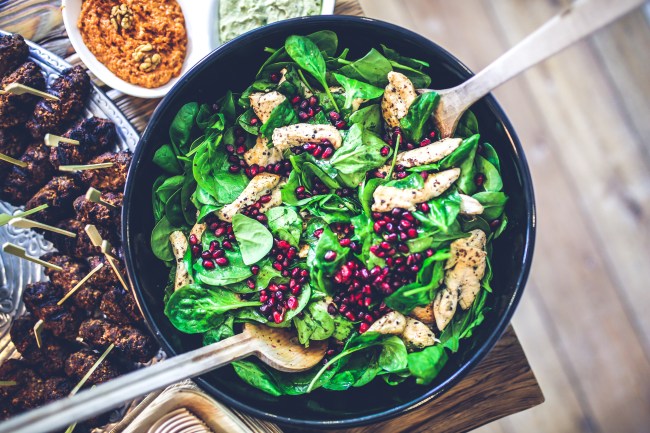 New year, new you – Right? Right. The gym isn’t the only place that’s a hellhole in the first couple weeks of January. Salad joints in NYC are packed to the gills, causing a bizarre tension in the city’s notable salad chains, according to the NY Post:

Sweetgreen on East 55th Street, Julie Pastor, 30, had to wait in a line of 50 people to get her guacamole-and-greens bowl.

“The line was outside the door and wrapping around the sidewalk,” she said.

Salad joints are feeding the ­frisée frenzy with seasonal promotions.

“New Year’s resolutions as easy as one, two, three — all under 400 calories,” Chopt says on its Facebook page.

Once upon a time, I was one of these people. When I lived in New York City, I ate sweetgreen at least three times a week. It becomes an addiction, partially because it’s healthy and makes you feel good about your lunch choice AND because it’s convenient as fuck.

Let me tell you what: That’s an expensive (….but delicious!) habit. When you spend close to $50 a week on eating healthy for lunch, it adds up quick. Bags of Doritos and cheese and crackers are much cheaper option, especially if you’re actually trying to save for retirement instead of taking a crap-shot at having one.

Meanwhile, look at these hell-lines:

Lines for salads out of control after 'eat healthy' resolutions https://t.co/TUAcUgm1kU pic.twitter.com/aTh5derAkN

And my favorite part of the whole story is some Chad businessman in a Patagonia vest freaking out, losing his chill on the second day of 2019:

Chad, you gotta chill out pic.twitter.com/juQCIvMJnl

No salad is worth the blood pressure spike, Chad. Eat some CBD and take your stress elsewhere.