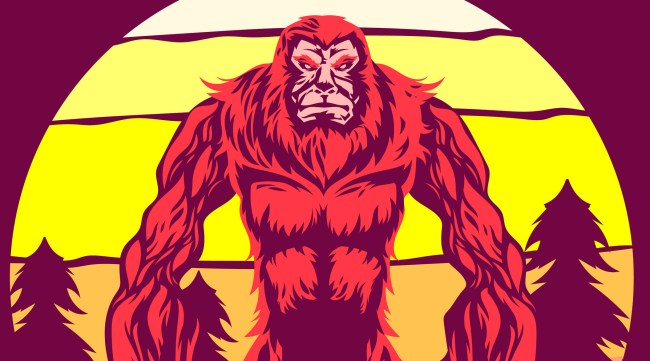 District 19 State Rep. Justin Humphrey has introduced a bill in the Oklahoma state House that would institute a official Bigfoot hunting season in the Sooner State.

Just kidding, kind of, but the timing of Humphrey’s bill is actually pretty solid since a very convincing Bigfoot sighting recently took place in British Columbia that spooked area residents. Had a Bigfoot hunting season been in effect up there, perhaps the mystery of Sasquatch could have been solved.

Unfortunately, as is almost always the case when it comes to the government agencies, the Oklahoma Department of Wildlife Conservation didn’t seem too interested in Humphrey’s landmark bill.

“We use science-driven research, and we don’t recognize Bigfoot in the state of Oklahoma,” Micah Holmes of the wildlife department told KOCO News.

He also noted that this bill would require the organization to create a new season and license for something they don’t believe in. Typical.

“Having a license and a tag would give people a way to prove they participated in the hunt,” Humphrey told KFOR News. “Again, the overall goal is to get people to our area to enjoy the natural beauty and to have a great time, and if they find Bigfoot while they’re at it, well hey, that’s just an even bigger prize.”

This guy gets it.

Until then, at least we’ll have a new documentary called Sasquatch, produced by Mark and Jay Duplass (Wild Wild Country, Evil Genius), which will begin airing on Hulu sometime this spring.