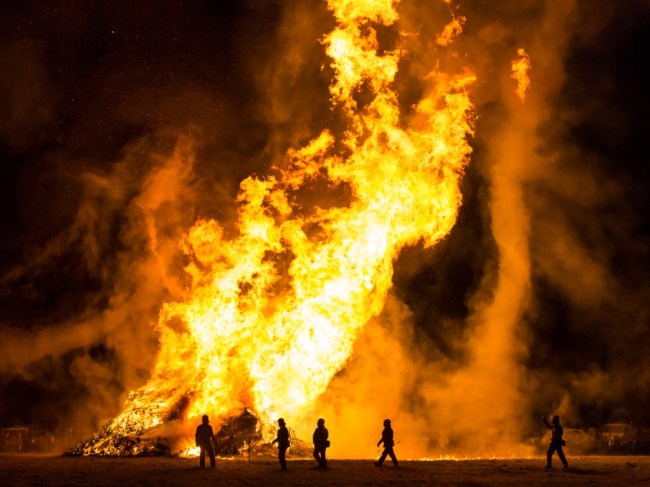 I woke up this morning to Billy Ray Cyrus trending on Twitter and I assumed it had something to do with his daughter. I was wrong. He dropped a remix and good GOD is it a banger.

After clicking around I came to discover that Billy Ray Cyrus had inserted himself into the ‘Old Town Road’ controversy. If you think back to last week, it was a big deal that Billboard had dropped ‘Old Town Road’ by Lil Nas X from it’s Country Music chart because they claimed the song didn’t contain enough country elements.

.@LilNasX Been watching everything going on with OTR. When I got thrown off the charts, Waylon Jennings said to me “Take this as a compliment” means you’re doing something great! Only Outlaws are outlawed. Welcome to the club!

‘Old Town Road’ was DOMINATING the #1 spot on the Billboard Country Music chart so people were confused and pissed off the choice to remove it, especially given that straight-up pop musicians like Taylor Swift and Dan and Shay are allowed on the charts when their music isn’t country.

With this Billy Ray Cyrus remix there will be NO QUESTION WHATSOEVER that Lil Nas X’s song contains enough elements of Country Music to sit at #1 on the charts….and I haven’t even gotten to the reception that this song’s receiving online. Fist, listen to the track. After that, I’ve got reactions below.

How are people reacting to this song? Everyone loves it, as far as I can tell. Sure, there will always be haters and they’re out there with this song but for the most part people are absolutely digging this remix of ‘Old Town Road’. If Billboard blocks this one from their charts the people will RIOT.

The reactions have been amazing thus far:

see he left and came back with help lol pic.twitter.com/iriiWCkq5l

2019, the year Billy Ray Cyrus became the hero of the music world.