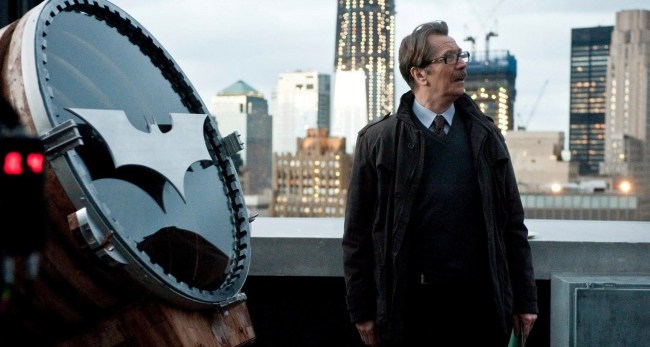 Gary Oldman, who played Commissioner Gordon in all three of Christopher Nolan’s Dark Knight films, revealed who he would choose to replace Ben Affleck as Batman. You know, assuming Affleck will be replaced as Bruce Wayne in the DC Extended Universe… soon… please?

While being interviewed at the 7th Australian Academy of Cinema and Television Arts International Awards, where he was in attendance for his portrayal of Winston Churchill in Darkest Hour, Oldman revealed that he would like to see Joaquin Phoenix take over the role. Joaquin Phoenix… as Batman.

“I would like to see someone like Joaquin Phoenix play it,” confessed Oldman. “This is no disrespect to Ben Affleck. I think it really depends on who is at the wheel that lifts it.”

Of course, he, just like Christian Bale, still has not actually seen Ben Affleck as Batman, or any of the movies in the DC Extended Universe, so what does he know? Right, Ben?

When reminded that 2018 will be the 10th anniversary of the release of The Dark Knight, Goldman was surprised.

“Is it really? I just think Christopher Nolan is just so brilliant,” he told Toofab. “Just the storyline, the way he shot it, the way he cast it, to the roots of the story, it was a dead franchise. It was dead and Chris gave it life.”

“I was lucky enough — I did over 7 years working on it on and off with the three, and I felt that it was a definitive presentation of the Batman story.”

Well, he certainly got that part right.

As for what most fans think of Oldman’s choice of Joaquin Phoenix to play Batman? Uh, yeahno…

Maybe a villain, not a Batman.

Is this a joke? I mean he’s very talented but not a match for Batman! I can only imagine seeing him in the Batcave dressed up as Batman and talking to … HER! 😳😩🤣🤣🤣 Please!! 😡😡😡😡😡😡

lol! Just because he played the one "man in black" doesn't qualify him to play the other one.

As Family Guy's Consuela said on many occasions, "No. N-no."

Check out Oldman’s entire interview below…