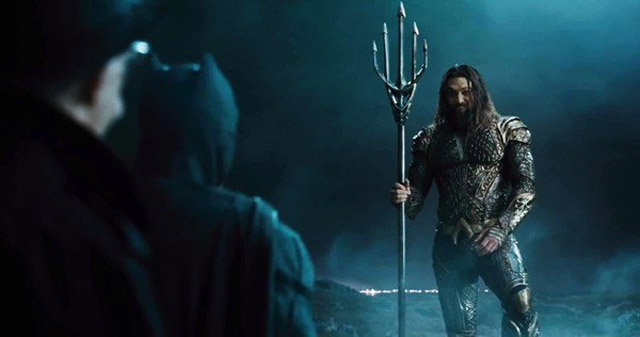 Between Comic Con Experience 2017 in Sao Paulo, Brazil taking place over the weekend and Entertainment Weekly’s in-depth look at several comic book-based movies and TV shows, the news has been coming Fast and Furious (which won’t come out until 2020, much to Tyrese’s chagrin.)

Last week, we got another Deadpool 2 tease in a funny video in which Deadpool revealed he would be giving away free tattoos at Comic Con Experience.

Today, we found out that, also at Comic Con Experience, Tom Hardy had dropped some new knowledge, including some plot details on his upcoming Venom movie. (It sounds very dope.)

We’ve also gotten our first look at season two of Jessica Jones and the first trailer dropping over the weekend. (It was pretty badass.)

And now today we not only get a first look at Jason Momoa’s Aquaman film, which shows the former Game of Thrones star looking even more jacked. (Dude’s workouts are insane.)

Momoa reveals we can expect to see a tale that spans details Curry’s difficult childhood as a half-human, half-Atlantean to eventually becoming king.

“Justice League was only a weekend in Arthur Curry’s life,” Momoa says. “This is a totally different beast. In Aquaman, you see when his parents met and what happened to hem. Then the little boy being raised and finding his powers and going through that and never being accepted on either side. And then becoming this man who puts up all these walls. You just slowly see this man harden up and be completely reluctant wanting to be king and not knowing what to do with these powers he has. I think [director] James Wan just killed it.”

DC Comics/Warner Bros. also revealed at Comic Con Experience its revised film lineup for the DC Extended Universe with, ummm, a whole bunch of their planned movies missing from the slate.