Tyrese Just Ripped The Rock AGAIN, This Time Over ‘Fast And Furious 9’ Being Delayed Til 2020 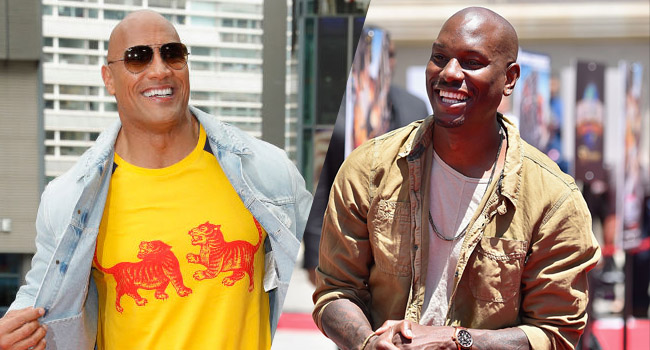 In September Tyrese went off on social media, ripping his Fast and Furious co-star Dwayne Johnson over The Rock’s spinoff movie and the fact that he wasn’t returning Tyrese’s texts.

Tyrese eventually walked it back a little bit, saying, “This is not a #Rant I’m no Rock #Hater and I don’t want his #Life I love my own…… I’m doing this for the #FastFamily I’m loyal and I apologize for being loyal but dammit I am.”

He also said that he “never ever” goes public with private family issues. Which is funny, because this morning Tyrese published another Instagram post where he, once again, specifically called out The Rock for being selfish and messing with the Fast and Furious “family.”

As we shared yesterday, the last five installments of Fast and Furious have been released every two years, but Fast and Furious 9 won’t be coming out until 2020, breaking that streak. Why? Well, according to Tyrese’s latest social media rant, it’s all Dwayne Johnson’s fault.

#PSA Congratulations to @TheRock and your brother in law aka 7 bucks producing partner @hhgarcia41 for making the fast and the furious franchise about YOU – And like you, DJ even if they call I will not be deleting this post – Gn folks see you in 2020 April #FastFamily right? Nah….. it’s about #TeamDewayne #3yrs will it be worth the wait? #NoShaw just Hobbs will this be another #BayWatch? Guys guys just relax I’m just a passionate film critic.

That’s now the second shot Tyrese has taken at the failure of Baywatch.

I wish these two would just fight and get it over with. I mean, Vin Diesel thinks he could take The Rock in a fight, so why not Tyrese?

Tyrese also posted a link to his rant on Twitter, which was probably a mistake…

Its like your telling Universal to choose between you or The Rock lol
Answer: His Box Office Success $$$
Yours that's not TF or FF lol

This may come back to haunt you brother…..
Should of just went along for the ride and quietly earned 💸💸….

Come on dawg, humble yourself as a man of God and wish the brother best of luck on his journey so that he can work on yours. Hate ain't good

Man, between DJ’s beef with Vin Diesel and Tyrese constantly putting The Rock on blast on social media, this one hell of a dysfunctional “family.”