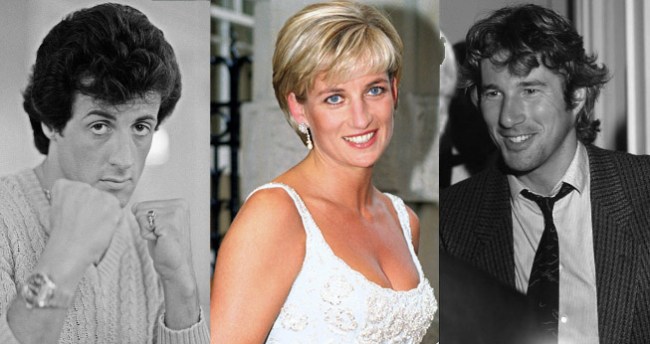 Elton John’s upcoming memoir Me is going to be one hell of a read just based on the sheer number of ultra-famous people the legendary singer has interacted with in the over 57 years he’s been making music.

Especially considering that the one story from the book that he is willing to share before its publication is as good as it is.

In an exclusive for DailyMail.com, John recalled the time he threw a dinner party for Disney head Jeffrey Katzenberg and legendary swordsman Richard Gere and Rocky Balboa himself, Sylvester Stallone, almost got into a fist-fight over Princess Diana.

“Straight away, Richard Gere and Diana seemed very taken with each other,” John wrote. “She was separated from Charles by this point, and Richard had broken up with Cindy Crawford. They ended up sitting in front of the fireplace together, locked in rapt conversation. As the rest of us chatted, I couldn’t help notice a strange atmosphere in the room. Judging by the kind of looks he kept shooting them, Diana and Richard Gere’s newly blossoming friendship was not going down well with Sylvester Stallone at all.”

John added that he thinks Stallone “may have turned up to the party with the express intention of picking Diana up, only to find his plans for the evening ruined.”

As dinner was being served, everyone was being seated, except for Gere and Stallone, who had vanished.

“It transpired that he’d discovered Sylvester Stallone and Richard Gere in the corridor, squaring up to each other, apparently about to settle their differences over Diana by having a fist-fight.

“He’d managed to calm things down by pretending he hadn’t noticed what was going on — ‘Hey, guys! Time for dinner!’ — but Sylvester clearly still wasn’t happy.

“After dinner, Diana and Richard Gere resumed their position together in front of the fire, and Sylvester stormed off home. ‘I never would have come,’ he snapped, as David and I showed him to the door, ‘if I’d known Prince f***in’ Charming was gonna be here.’ Then he added: ‘If I’d wanted her, I would’ve taken her!’

“We managed to wait until his car was out of sight before we started laughing.”

For her part, Diana appeared to have either not realized what happened, or as John surmised, stuff like that happened to her all the time and she was just used to it.

My money is on the latter.