Damn, One Million Moms Is Going After Burger King For Using The Word ‘Damn’ In A Damn Commercial 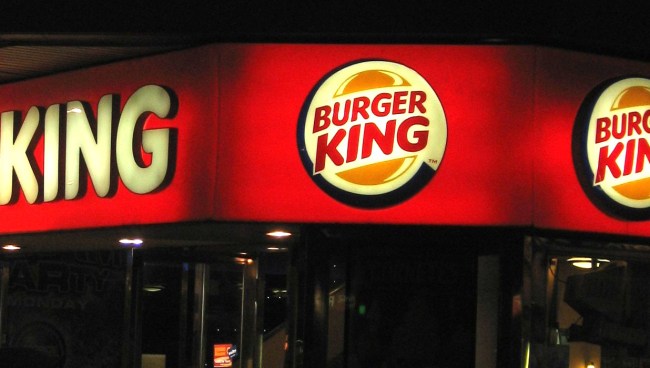 “Mom, are you fed up with the filth many segments of our society, especially the entertainment media, are throwing at our children? Are you tired of all the negative influences our children are forced to contend with?”

That’s how the About page begins on the One Million Moms web site.

If you agree with them then you are going to be all about taking on their latest target: the evil Burger King.

Why are the One Million Moms going after Burger King now?

No, they aren’t vegans pissed off about how the Impossible Whopper is cooked…

It’s because of the commercials the fast food giant has been running to promote their Impossible Whopper.

Specifically, they’re mad at BK because the company left the word “damn” in one of their ads.

Reminder: this is the same group that wanted JCPenney to fire Ellen DeGeneres as its spokeswoman in 2012 because she’s gay.

The language in the commercial is offensive, and it’s sad that this once family restaurant has made yet another deliberate decision to produce a controversial advertisement instead of a wholesome one.

In the Burger King commercial that is currently airing on TV, customers’ responses are being videoed as they taste-test the Impossible Whopper. One man is completely shocked that the burger is not beef, so he uses the d-word to describe how he feels about himself for being deceived by the taste of the burger.

One Million Moms finds this highly inappropriate. When responding to the taste test, he didn’t have to curse. Or if, in fact, it was a real and unscripted interview in which the man was not an actor, then Burger King could have simply chosen to edit the profanity out of the commercial.

Burger King’s Impossible Whopper ad is irresponsible and tasteless. It is extremely destructive and damaging to impressionable children viewing the commercial.

Eh, maybe that was just an accident. No way Burger King would purposefully leave the word damn in their commercial.

Man, if they feel that strongly about a company using the word “damn” in their commercial, I can’t imagine how apopleptic the One Million Moms were when they saw this Burger King ad filled with all sorts of censored out F-bombs.