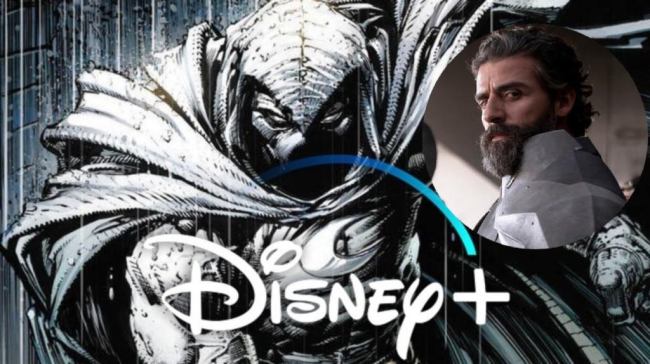 Well, screw me, right? Literal moments after I hit publish on my article regarding the preposterous Moon Knight rumors, official news broke that Oscar Isaac is set to star as Marc Spector in the upcoming Marvel Cinematic Universe series on Disney+. The casting of Isaac is a huge get for Marvel Studios, as the 41-year-old Star Wars alum is unquestionably one of Hollywood’s most popular leading men these days.

Jeremy Slater, who developed and wrote Netflix’s comic book adaptation of the Umbrella Academy series, has been tapped to develop and lead the writing team on the series for the streamer.

Moon Knight aka Marc Spector, is a mercenary who has numerous alter egos — cabbie Jake Lockley and millionaire playboy Steven Grant — in order to better fight the criminal underworld. But later he was established as being a conduit for the Egyptian moon god Khonshu. Most recently, the character was a consultant who dresses in all-white and goes by the name Mr. Knight. [via Deadline]

The next step for Marvel, according to Deadline, is finding a director for the series. At this time, Moon Knight has no official release date.

Moon Knight isn’t the only upcoming MCU series on Disney+, as WandaVision is set to premiere before the end of 2020. Additionally, The Falcon and the Winter Soldier — which was supposed to be the first MCU series on D+ — is finishing up filming, while both Ms. Marvel and She-Hulk have both recently found their stars. Meanwhile, Loki, Hawkeye, and What If…? are also in the works at the Mouse House streamer.

We’ll be breaking down Isaac’s casting in full on tomorrow’s episode of The Post-Credit Podcast, so make sure to subscribe to the show wherever you get your podcasts. As far as surface analysis goes, this casting tells me that the Moon Knight character will also factor heavily into future MCU films as well, as you simply don’t cast a name like Isaac just to stick him behind a monthly subscription.

While I was previously hoping for Shia LaBeouf to land the role, Isaac’s casting is a statement of intent that immediately makes this project my most-anticipated of the Disney+ lot.