Where Does This Oscar Pistorius ‘Blade Gunner’ Halloween Costume Rank On The Insensitive Scale? 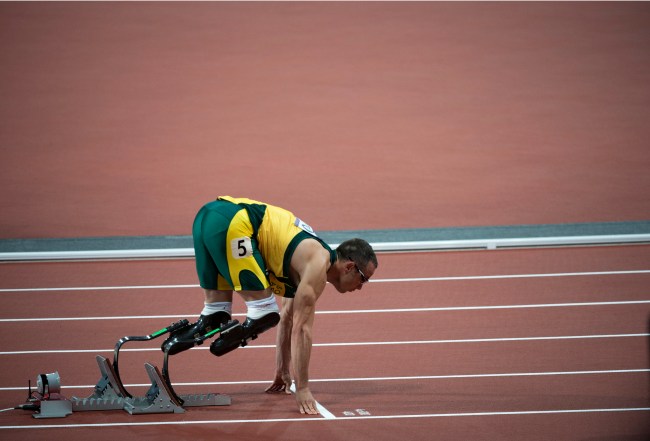 It’s that time of year, folks! The time when Halloween costumes land people in a cauldron of internet outrage stew. Like last year, when Hilary Duff and her boyfriend dressed up as a Pilgrim and Native American. Or that 2016 costume of Kim Kardashian being gagged and robbed. And don’t forget about the Cecil The Lion killer dentist costume, complete with severed lion head!

I constantly teeter on the fence between ‘anything goes on Halloween’ and ‘bro, how the fuck could you be so stupid.’ Like I stand by this dude who wore a demon costume that got him banned from a Halloween party because it was somehow deemed racist. But then again, the dude who went full Bill Cosby blackface for Halloween last year probably deserves a backhand.

And I’ll let you decide where this Blade Gunner costume that’s being sold on Amazon ranks on the outrage scale. The South African Paralympic gold medalist Oscar Pistorius was sent to jail for just six years for murdering his model girlfriend Reeva Steenkamp, less than half the 15 year minimum term sought by prosecutors. 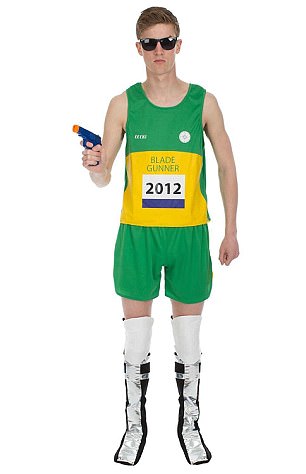 The description of the costume is as follows:

‘This Paralympic runner costume is sure to cause some controversy at your next event.

Be careful out there, fellas. The PC police don’t fuck around on Halloween.