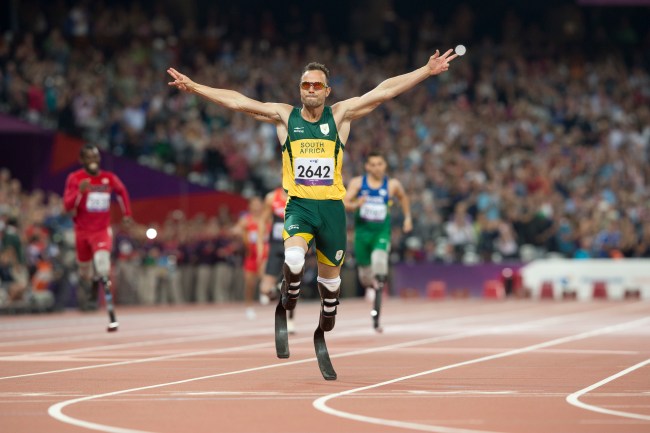 The photo above was taken in September 2012, when Oscar Pistorius captured gold in a new Paralympic record time during the men’s 400. Just two months earlier, the South African captured the attention of the world by becoming the first amputee runner to compete at an Olympic Games. 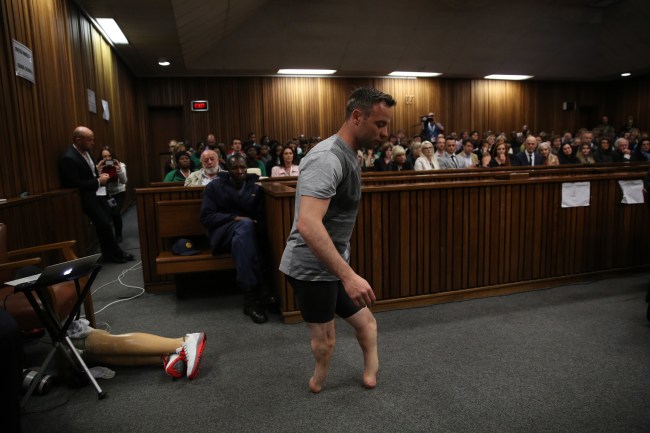 The photo above was taken in July 2016, three years after Pistorius shot and killed his girlfriend, South African model Reeva Steenkamp, through a closed door in his bathroom at his Pretoria home, claiming he mistook her for an intruder.

In September of that year, four years after becoming an international inspiration, the 33-year-old was found guilty of culpable homicide and ultimately sentenced to 13 years behind bars.

ESPN is set to release a four-part ’30 for 30′ on the rise and fall of Oscar Pistorius via ESPN+ on September 27, but if you’re looking for clarification on whether Pistorius intended to kill his girlfriend, you likely won’t find it. 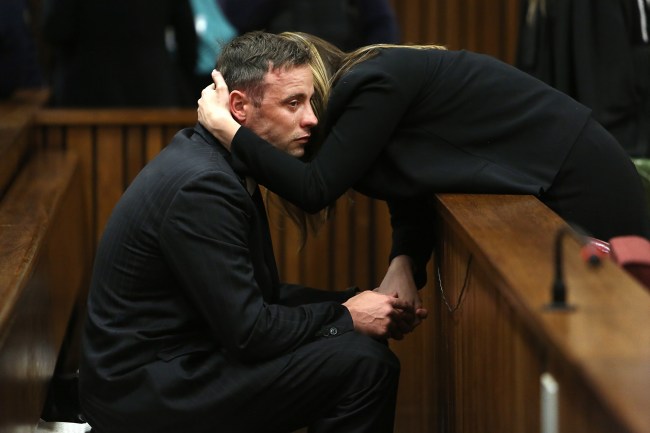 Director Daniel Gordon told the New York Post that he is still unsure what happened that night, as Pistorius himself is a study in contradictions, caring yet hot-tempered.

It depends what mood I’m in when I wake up. It depends on what part of the film I watch. The truth is, we will never know. But we can have a hunch and come with a bias before we watch the film and things will be explained.”

Pistorius’ softer side is highlighted by his relationship with Ebba Gudmundsdottir and her son, born with the same congenital defect. Ebba, from Iceland, messaged Oscar and thanked him for being an inspiration when her son was seven months old. Pistorius befriended the family, visiting them often, sharing his medical information, and even gifting the boy one of his gold medals.

Then there was his temper. Pistorius, self-conscious over his physical disability, was labeled by the tabloids as an abusive boyfriend. A WhatsApp message from Steenkamp that was revealed at trial read, “scared of you sometimes and how u snap at me and of how you will react to me.”

The Post reports that Pistorius’ high school headmaster, Bill Schroder, visited him at the prison in Pretoria and encountered a totally different man than the primed physical specimen the world first knew.

The once-elite sprinter smelled of cigarettes, had grown a beard and said he didn’t think he’d ever run again. And because there are no rehabilitative initiatives in South African prisons, “he isn’t allowed to study,” said Gordon. “He is only allowed 46 visits a year.”

In 2017, it was reported that Pistorius was injured in a brawl over telephone use.

Said Schroder: “He kept saying to me, ‘I just wanted forgiveness.’ He is desperate to get this sort of feeling of forgiveness, and he’ll never get it, I don’t think. I said, ‘The only forgiveness you will ever get is to forgive yourself.’ ”

The earliest he is eligible for parole is 2023.