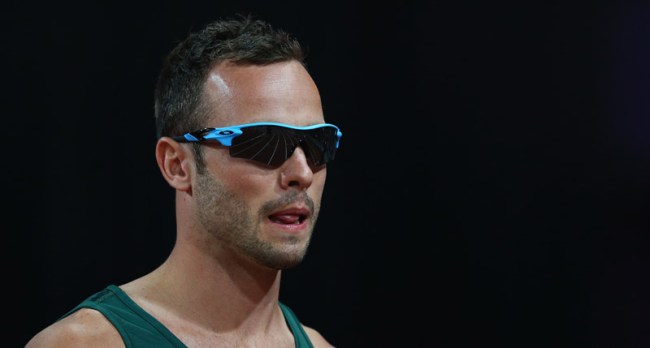 Much like with disgraced Subway spokesman Jared Fogle, any time former Olympic sprinter Oscar Pistorius suffers or has any kind of setback while in prison it warms my icy heart just a few degrees. Is that wrong? Because it doesn’t feel wrong to me.

Anyway, Pistorius, 31, who recently, and rightfully, had his prison sentence for the murder of his girlfriend Reeva Steenkamp in 2013 increased to 13 years after re-sentencing last year (still not long enough), was reportedly involved in some kind of brawl with another inmate on December 6th.

The paralympian, who had his murder sentence more than doubled last month, was queuing to use the phone at Atteridgeville Correctional Centre, near Pretoria, when he reportedly began fighting with an inmate ‘he knows well’.

Pistorius reportedly ‘sustained a bruise’ in the altercation on December 6, but the fight could see him lose privileges such as access to the jail tuck shop and the phone that started the fight.

Pistorius and the inmate he got into it with are both part of a special care unit “where inmates with special needs and different sexual orientation are held for their own protection,” according to spokesman Singabakho Nxumalo.

‘He was involved in an altercation with another inmate over the use of a public phone in the special care unit, where both offenders are detained, the men know each other well,’ Mr Nxumalo from the Department of Correctional Services said.

‘As standard operating procedure regarding cases of alleged assaults, the Department of Correctional Services has launched an internal investigation into the matter to establish the facts and to ensure that appropriate action is taken as incidents of assault are not allowed. We want to know that proper security protocols were followed by prison staff.

‘If Oscar Pistorius is found to be at fault, he could lose his privileges and be re-classified if he is no longer considered ‘low risk’.’ 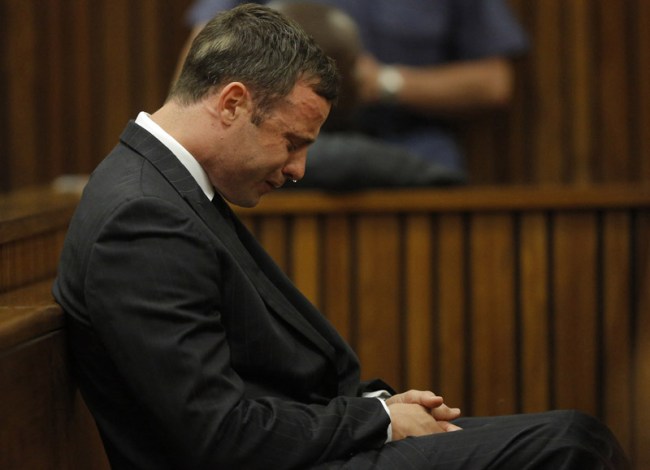 Pistorius is currently serving his time at Atteridgeville Correctional Centre, near his “family’s sprawling compound,” as The Daily Mail refers to it.

However, with this latest incident, Pistorius could be moved to a much rougher maximum security facility Kgosi Mampuru II where things would not go nearly as easy for him.

Should that happen, I think I speak for most of the free world when I say that my reaction to that would be…