Genius Calculates How Long It Would Actually Take OutKast To Apologize ‘A Trillion Times’ To Ms. Jackson 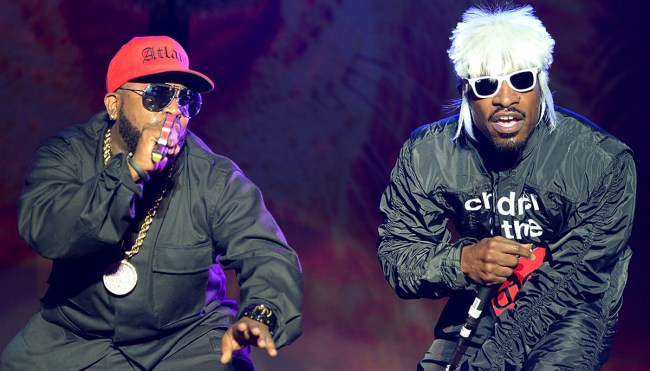 There’s arguably no souls who played a bigger role in putting the Atlanta hip-hop scene on the map than Andre 3000 and Big Boi, the high school classmates who would eventually join forces to create the wildly influential duo known as “OutKast.”

OutKast spent the early 1990s honing their skills and sound in the basement of the home that birthed the collective known as the “Dungeon Family” before dropping Southernplayalisticadillacmuzik in 1994. The release of their debut album marked the beginning of an almost unrivaled hip-hop heater, as they followed it up with a string of classics that culminated with 2000’s Stankonia, the record that thrust them into the mainstream.

Stankonia produced a trio of hit singles, but none of them have managed to stand the test of time quite like “Ms. Jackson,” a musical mea culpa where OutKast repeatedly pleads the mother of a woman they wronged for forgiveness.

In the chorus, Andre 3000 repeatedly states “I apologize a trillion times,” and because the internet is the internet, someone recently decided to figure out exactly how long it might take for that to actually happen.

The Reddit user in question recently posted the results of this thought experiment on r/Music, where they noted the 20 “apologies” that listeners are treated to every time “Ms. Jackson” is played in full means the song itself would need to be blasted a grand total of 50 billion times.

The math gets a little more abstract from there, as they attempted the impossible task of quantifying how many times it’s actually been played since it came out 22 years ago before asserting it’s likely “Ms. Jackson” has already surpassed the 50 billion mark.