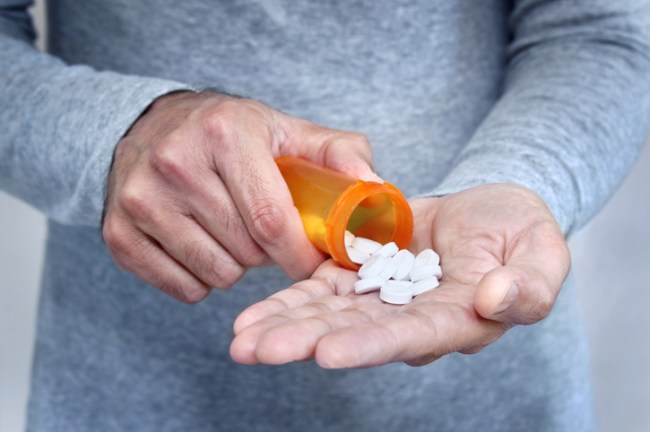 There is a certain level of curiosity in most young men that often leads to them making somewhat questionable choices. Should we try and hitch a ride aboard a train as it blasts by us at 60 mph? Do we jump off a 40-cliff into a pool of water without knowing for sure just how deep it is? Should we take enough erectile dysfunction medication to kill a well-endowed horse just to impress a girl?

If the decisions we make throughout our early years do not lead to paralysis, death or render us part of the Eunuch population, chances are the idiot boy will eventually mature into manhood and, for the most part, stop with all of the dumbass shenanigans.

But that’s the trick, you see. Sometimes the choices we make in the days of our youthful degeneracy lead to permanent repercussions, including physical deformities, that brand us imbeciles for life.

We only mention this because ever since erectile dysfunction medications rose to popularity some twenty years ago, there has been no shortage of perfectly healthy young men — those who get a glass cutting erection if the wind blows just right — consuming this drug in an effort to make them rock stars in the sack.

One of the most common side effects is the perpetual erection – the boner lasting for more than four hours that must be medically deflated by emergency room staff. Going through that embarrassment is enough reason to steer clear of Viagra, Cialis or any other pharmaceutical offering designed to enhance the male dangle. The end result, in some cases, could be permanent.

A new study published in the journal Retinal Cases & Brief Reports finds that it is actually possible for a man to see red for the rest of his natural life as a result of an overdose of these medications. Researchers at Mount Sinai Hospital have determined that consuming too much erectile dysfunction medication can lead to a permanent condition called “persistent retinal toxicity.”

The facility’s scientific minds examined a case involving a 31-year-old patient who was forced to visit an emergency medical center after experiencing tinted vision for days on end. During his examination, the patient told doctors that he had taken a liquid form of sildenafil citrate, the active ingredient in Viagra, that he had purchased over the Internet. It was a brand called “Iron Man,” according to the report. 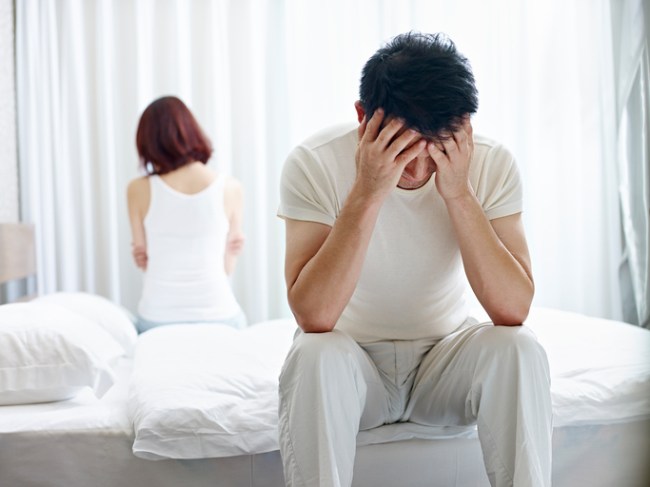 Yet, the man told medical staff that he drank it straight from the bottle, so he was almost sure he took more than the recommended dose – possibly a lot more.

Come to find out, trouble with vision is a fairly common side effect with erectile dysfunction drugs. However, the red tint is rare. Researchers said it was more likely for someone to suffer blue-tinted vision than anything else. Even yellow has been reported. Yet these issues typically work themselves out within 24 hours.

But not in this case.

Unfortunately, even though the patient was given many treatments to help ease his symptoms, his condition never improved – he is perhaps doomed to see everything painted red for the rest of his life.

“People live by the philosophy that if a little bit is good, a lot is better,” Richard Rosen, Director of Retina Services at New York Eye and Ear Infirmary of Mount Sinai and lead researcher, said in a statement. “This study shows how dangerous a large dose of a commonly used medication can be.”

Previous reports have suggested that most of the erectile dysfunction drugs purchased online are fake. Five years ago, Forbes published a story showing that around 77 percent of the Viagra sold through the Internet was made from mystery ingredients and not safe for human consumption. So, it is conceivable that the man in this particular case drank too much of a drug that was even more potent than the stuff controlled by the standards of the U.S. Food and Drug Administration.

We’re going to go out on a limb here and say if you do not need the assistance of erectile dysfunction drugs to get it up, it is best to avoid them like the plague. In addition to this red eye business, other rare side effects can include blood clots in the brain, bleeding anus and a wealth of other horrifying reactions.

Nothing is worth all of that. Not even getting it up.