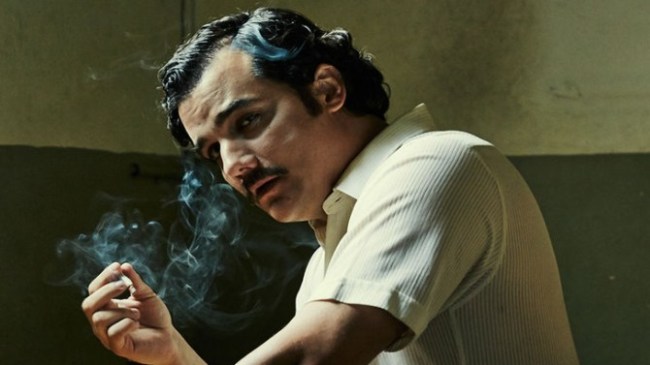 If you’ve seen the Netflix series Narcos, then you know that Pablo Escobar was not a man you wanted to piss off. It takes a certain kind of person to run a massive drug cartel, and as a general rule, you don’t want to end up on their bad side unless you enjoy being on the receiving end of a machete.

While Escobar was (spoiler alert!!!) killed in a shootout in 1993, many of his former associates are still alive. One of them is Pablo’s brother and lead cartel accountant,  71-year-old Roberto de Jesús Escobar Gaviria, who is apparently not a fan of Narcos. According to  The Hollywood Reporter, Gaviria is demanding Netflix pay $1 billion for using Pablo’s likeness and story without the family’s permission— and threatening to shut down the show for good if they don’t pay up.

The drama first started last year when Escobar Inc. (the company Gaviria oversees) filed a number of trademark claims they felt the producers behind Narcos (and the successful mobile game that it spawned) had no right to call their own:

Narcos Productions, LLC (NPL) — the company behind the series and its popular video game spinoff Narcos: Cartel Wars — contend that without NPL’s “knowledge or consent, on Aug. 20, 2016, Escobar filed use-based applications to register the marks NARCOS and CARTEL WARS with the [U.S. Patent and Trademark Office] covering a range of goods and services.”

Those services include everything from “downloadable ring tones” and “sunglasses, decorative magnets” to “temporary tattoos, bookmarks and sheet music,” according to the trademark application documents included with the letter.

The producers sent the company a lengthy letter rebutting the claims, which appeared to rub Gaviria the wrong way. He recently spoke out against the series and seemed to suggest that he might have the power to stop them from filming in certain locations in a not-so-thinly-veiled threat:

“I don’t want Netflix or any other film production company to film any movies in Medellin or Colombia that relates to me or my brother Pablo without authorization from Escobar Inc. It is very dangerous. Especially without our blessing. This is my country.”

The quote came in the wake of the murder of a Narcos crew member who was shot while scouting locations for the show in a rural area north of Mexico City. Gaviria went as far to suggest that it might be necessary for Netflix to hire “hitmen” to protect its assets.

The Medellín cartel might be dead, but its spirit certainly lives on.