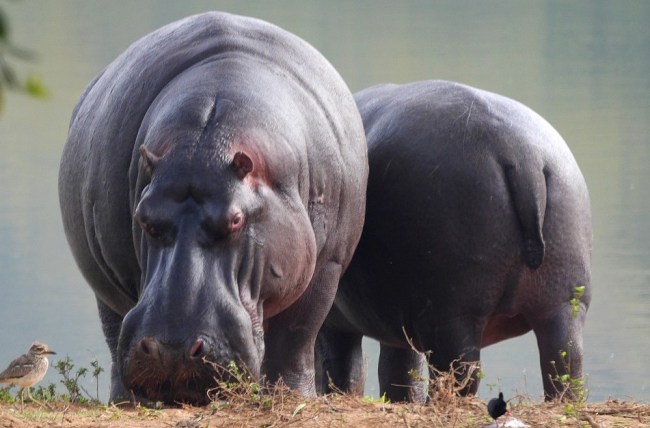 You can argue all day about whether or not there is any truth to the adage that claims “money can’t buy happiness” but I think we can all agree that it can buy you some pretty sweet shit.

Sure, The Notorious B.I.G. warned us all about the perils that come with being wealthy but I’d be more than happy to have the chance to get filthy rich so I can see for myself if there’s any credence to his claim.

There’s no doubt people who never have to worry about checking their bank account toward the end of the month have their fair share of issues to deal with but they also have the luxury of being able to afford to distract themselves from whatever problems they face however they please.

Take Pablo Escobar, for example. As the head of the Medellin Cartel, he had to constantly worry about being murdered by his rivals or arrested for his impressive list of crimes on top of having to deal with the stresses of running an international drug empire that raked in $70 million a day.

However, Escobar also had the luxury of using the tens of billions of dollars at his disposal to enjoy the finer things in life, as he could relax on one of his multiple yachts or jet around in his fleet of private planes that could land on the airstrip at his giant mansion in the Colombian town of Puerto Triunfo.

That compound—dubbed “Hacienda Nápoles”—had a go-kart track and a bullfighting arena but its pièce de résistance was arguably the private zoo stocked with animals Escobar curated from around the world, including zebras, giraffes, and elephants.

Following his death in 1993, the majority of his exotic pets were relocated to other zoos around the world but the hippos were left to do their own thing, which apparently entailed banging like crazy, as a report came out last year that the nonindigenous animals are multiplying at a rapid pace.

Now, Colombia has a bit of an environmental crisis on its hand courtesy of the drug lord’s hippopotami, as according to Earther, the animals are following in the footsteps of the unnamed evildoer in Toy Story by poisoning waterholes and rivers around the country by constantly pooping giant turds:

Hippos are nocturnal. They spend their days eating off the land and their nights cooling off in the water—and, uh, crapping out large amounts of waste. It turns out their poop is changing the water’s chemistry and oxygen levels, and fertilizing harmful algae and bacteria, which can lead to algae blooms that make people and animals sick.

Experts say there is no strategy in place to curb the evergrowing population and that previous attempts to stop reproduction by chasing down the hippos with knives to castrate them (they seriously did this) were largely unsuccessful.

Maybe they should borrow some flamethrowers from Escobar’s brother and see if they’re more effective.