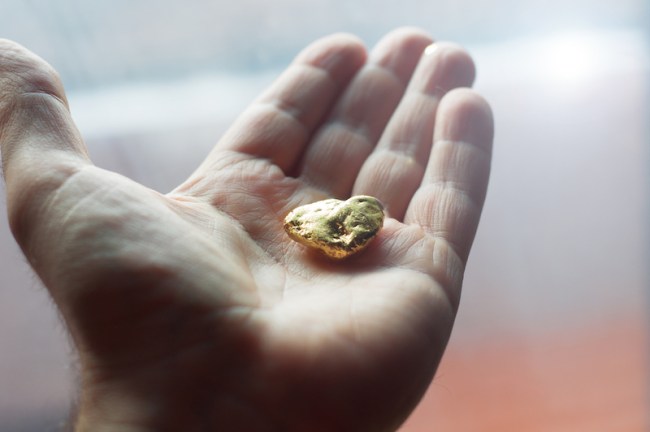 Some people will do anything to avoid pay taxes, including shoving pieces of gold where the sun doesn’t shine.

According to a report in The National, a GoAir passenger arrived at Kerala’s Kannur Airport from Dubai and seemed to be walking a little funny.

Indian airport authorities stopped the man and discovered about 2 pounds in bullion shoved into his rectum.

The man was trying to avoid paying an 18 percent tax on the nuggets by sticking in the last place he thought anyone would want to look.

If the thought of shoving gold pieces between your crack doesn’t make you cringe enough, check out the actual photos of the smuggled riches.

AIU Kannur seized gold in compound form (972 gm extracted) from a passenger who arrived from Dubai by flight G8 4013. The gold was concealed in the rectum.@cbic_india@cgstcustvm pic.twitter.com/jYJsxxslDm

I’m not going to sit correctly all day now.

Officials at the Air Intelligence Unit estimate the gold is worth roughly $60,000 though that price might take a hit when the buyer finds out where the gold has been.

Another passenger on the same flight was caught carrying more than 3 pounds of gold. Officials didn’t mention where that smuggler tried to hide his gold.

Earlier in the week, customs agents in Calicut seized just under a pound of gold hidden in a passenger’s underwear.

In recent months, police uncovered gangs and caught passengers trying to bring gold into the country. Several airports in India reported seizing gold between 300g and 3kg stuffed into capsules in tubes of paste or lined inside underwear.

Talk about a gold rush.