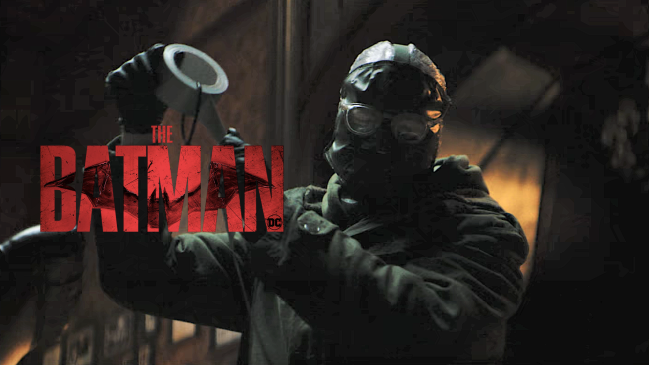 In an alternate, far better universe than our own, Matt Reeves’ The Batman is just about a month away from its June 25, 2021 release date.

Alas, that is very much not the plane of existence we currently find ourselves in, as The Batman was delayed until March 4, 2022, due to the pandemic interfering with its production. Luckily, filming on The Batman has finally wrapped, putting it on course for its release early next year.

Despite the fact that we’re about 10 months from the film’s release, promotional material has already begun making its way onto the internet, with a newly leaked calendar giving fans a look at both Robert Pattinson’s Dark Knight and Paul Dano’s Riddler, who seems to be taking inspiration from the infamous Zodiac Killer.

Official promotional images for 'The Batman' reveals new looks at Robert Pattinson's Dark Knight and Paul Dano's Riddler, who looks to be inspired by the Zodiac Killer 🔎🍿 pic.twitter.com/eQ0sgfHOFf

The Zodiac Killer is clearly a huge inspiration for the design of the Riddler pic.twitter.com/5s0JaLjmHI

Given Dano’s remarkable penchant for playing creeps, his version of The Riddler has a legitimate shot to enter the conversation of being one of the great comic book movie villains of all time alongside the likes of Heath Ledger’s Joker and Alfred Molina’s Doc Ock. There’s also the fact that The Batman seems as though it’s going the grimiest cinematic portrayal of the character yet, opening the door to far more menacing enemies.

RELATED: Leaked Set Photos Suggest That Superman Exists In The Universe Of ‘The Batman’