‘Peaky Blinders’ Creator Confirms The Series Will End With A MOVIE 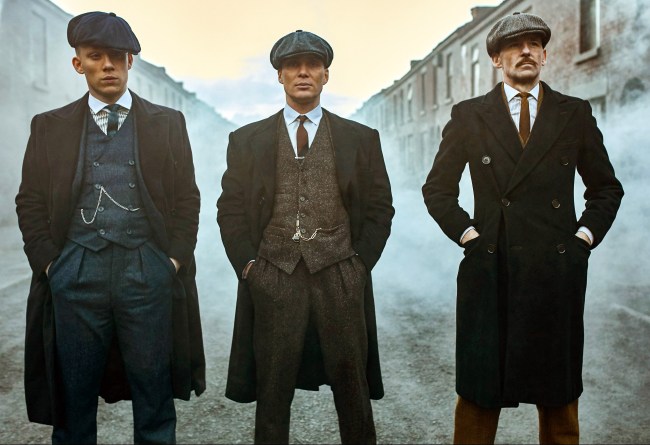 Is it possible to think of Peaky Blinders without having the theme song automatically pop in your head? Impossible, I know. Let’s sing it once together, shall we?

Past the square, past the bridge
Past the mills, past the stacks
On a gathering storm
Comes a tall handsome man
In a dusty black coat with
A red right hand!!!

Man, Tommy Shelby and the lads, what a gang. Gotta admit, given how 2020 went, I actually wouldn’t mind being transported back to post World War I-England. Why not? Little horse racing, little fashion, lotta drinking, lotta fights. It’s an intense life, but it’s also quite simple.

Like all good things, though, Peaky Blinders must come to an end eventually, and according to recent reports, that end will come after its sixth season, which is currently in production. Luckily for us, creator Steven Knight has recently confirmed that a movie “is going to happen” following the conclusion of the TV series.

In an interview with Deadline, Knight called Peaky Blinders “a beast that will not die” and confirmed he has plans for a feature film in the near future.

With yesterday’s news that BAFTA-winning period gangster epic Peaky Blinders will conclude with its sixth season came a promise of the series continuing “in another form,” creator Steven Knight said. Elaborating on that, he tells Deadline, “Covid changed our plans. But I can say that my plan from the beginning was to end Peaky with a movie. That is what is going to happen.”

A film has long been mooted for the series, and while there are no details for the moment and Deadline understands that nothing has been formalized, it would seem a logical extension for the show which has become its own industry — or as Knight has told me in the past, Peaky is “a beast that will not die.” There have been tie-in books, clothing lines, an official soundtrack and a video game. Knight has also been approached about a spinoff ballet version and a West End musical. [via Deadline]

At this time, the first five seasons of Peaky Blinders are currently streaming on Netflix, while the sixth and final season just began production earlier this week, putting it on track for a late 2021 release date.