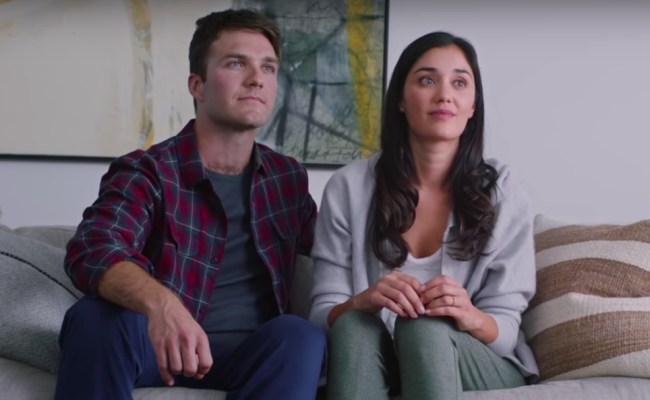 If you’re familiar with the marketing or advertising industry, you likely know all too well just how much time and effort goes into a campaign before it’s unveiled to the general public.

Hundreds of ideas can be floated before a general concept is agreed upon, and once you figure out the direction you’re going in, every slight tweak and change in detail requires a phone call with the client, a meeting about that phone call, a meeting about that meeting, and approval from a manager who will then go to their manager for approval.

It might sound excessive but these procedures are put in place to make sure nothing is overlooked before the final product goes live. However, every so often, we’re treated to an ad with a fatal flaw that somehow managed to go unnoticed—like this Folgers commercial that was supposed to be wholesome but had some serious incest vibes.

You may also remember this Pepsi ad from a couple of years ago where Kendall Jenner uses soda to finally achieve world peace.

Earlier this month, we were treated to our most recent advertising misstep courtesy of Peloton, which released an ad in an attempt to convince people to give a loved one the gift of an exercise bike this holiday season that was so insufferable it all but assured anyone who watched the commercial would do anything but that.

The actress who played the Instagram-addicted wife in the spot would eventually get the chance to make light of the backlash it received when Ryan Reynolds recruited her to star in an ad for his gin company.

Sean Hunter also found himself labeled “a symbol of the patriarchy” for taking the role as the husband and understandably wasn’t thrilled with how it was received. However, he’s since embraced the fact that he’s now actually known for something aside from the bit part he played on an episode of Lucifer.

Hunter even went as far as to change his Instagram handle to @pelotonhusband, and on Wednesday, he revealed that he’d taken some inspiration from his character and given his girlfriend one of the company’s exercise bikes for Christmas, which likely makes her the only person who got one because of that ad.

While the cynic in me wants to assume this is a marketing stunt made possible by Peloton, Hunter didn’t include any FCC-mandated hashtags to indicate this is an ad so there’s a chance this just so happened to be at the top of his girlfriend’s Christmas list.

Now all they need to do is put the Peloton in an incredibly inconvenient spot in a luxurious home and they’ll officially be part of the club.