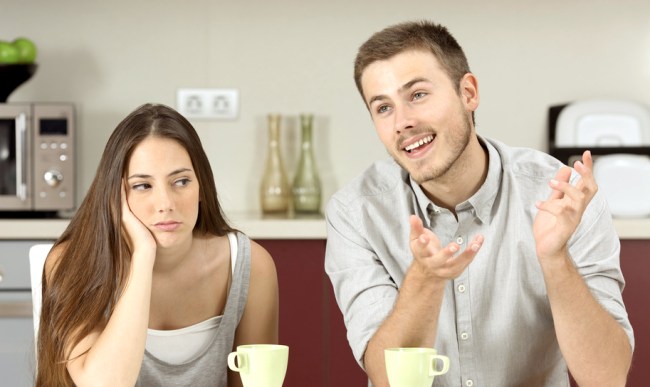 In 2010, the incredibly underappreciated and gone-too-soon comedian Harris Wittels coined the term “humblebrag,” which is essentially the art of drawing attention to a seemingly negative aspect of your life in order to boast about a much more positive one— like “My Maserati has terrible gas mileage” or “It’s so hard finding condoms that aren’t too small.”

Many people have spent years studying the science behind the humblebrag— Dwayne “The Rock” Johnson has practically earned his doctorate in the subject thanks to Instagram alone— and while the #WokeUpLikeThis trend seems to have come to a merciful end, it’s virtually impossible to jump onto social media for more than a few minutes without coming across someone complaining about getting too tan on vacation or not being able to find jeans that can contain their giant quads.

However, it turns out trying to downplay your achievements by shrouding them in self-pity makes people hate you more than if you were actually straightforward about how great you are— at least according to a recent study that was conducted by researchers at Harvard and UNC.

Time laid out the exact methodology:

Out of 646 people surveyed, 70% could recall a humblebrag they’d heard recently.

Next, they established that there are two distinct types of humblebrags. The first falls back on a complaint (“I hate that I look so young; even a 19-year-old hit on me!”) while the second relies on humility (“Why do I always get asked to work on the most important assignment?”). About 60% of the humblebrags people remembered fell into the complaint category.

The researchers then carried out experiments to see how people responded to humblebrags, with a particular focus on the bragger’s perceived likability and competence. They found that regular bragging was better on both counts, because it at least comes off as genuine.

In conclusion: you’re going to come off like an asshole no matter what, so you might as well follow in the footsteps of Denis Leary and embrace it.