People Revealed The Worst Gifts They’ve Ever Received, Like A Stained Pair Of Tighty Whitey’s 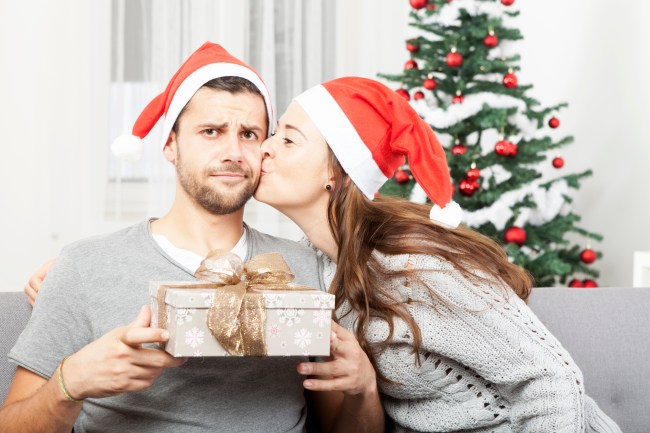 Has the holiday gift giving anxiety kicked in yet? Give it two weeks. But, hey, the best thing about waiting until the last minute is that it only takes a minute. We live in a world where we have self-driving cars but we don’t have an app that can decipher what your girlfriend wants for Christmas. I can literally just think about buying new slippers and a targeted ad will show up on my Instagram, but when it comes to buying gifts for my loved ones, I’m on my own. And I miss more than I convert. Which is essentially just lighting money on fire topped with a sprinkle of humiliation.

A Redditor named obongolongo recently posed the question: Reddit, what’s the worst gift you’ve ever received? and I realized I’m far from  the only shitty gift giver. Here are the best answers:

Once my Uncle gave me an expired fire extinguisher for Christmas. I tried to shoot it when I got home since it wasn’t safe to keep anyway and it was empty.

For my 11th birthday, my grandma gave me several used and stained pairs of my younger cousin’s tighty whiteys underwear, and those little wreaths you put on candles at Christmas time (my birthday isn’t near Christmas). It was a memorable one.

For a secret Santa I received two of those free promotional tickets to the science museum that had already expired.

I went on a cruise in the Caribbean and brought my Dad back a bottle of spice rum with the spices in the bottle.

A couple of months later, my dad regifted me the exact same bottle for my birthday. He gave me this whole schpiel about where he found it and how special it was. I waited until he was done to remind him where he actually got it.

At our Holiday gift exchange in 2nd grade, I got a used Halloween magazine. All pages colored, crosswords and puzzles done. I had my mum out shopping the previous Saturday for cool Hot Wheels and a nice Barbie for the 2 lucky kids who got my gifts.

When I was 10, a family friend asked what I wanted for Christmas. I was tactful enough to tell her, “eh, whatever, it doesn’t matter. She said “What about Legos?” I was like “wow, that would be great!! Thanks!”

She gave me a copy of Tiffany’s Book of Table Manners.

Apparently I did something to piss her off at dinner, still not sure what.

Received a digital picture frame for Christmas from my boyfriend at the time, 2 years into our relationship. Turned it on, and it had pictures of him and his ex loaded on it… Regifting fail.

When I was 11 or 12 I got 3 separate cheap travel shaving kits from one Christmas gathering. I didn’t have any facial hair or anything.

So the third one was my worst gift ever.

I received a goldfish for my 22nd birthday, without anything to put it in or feed it.

A carton of cat food. I don’t have a cat.

I once got a really nice sweater from my Dad. The only problem with it was a sweater that I had already bought and ordered.

My Dad actually intercepted my mail and found the sweater, repackaged it, and then gave it to me as a “gift” three weeks later.

Thanks, Dad. Thanks for the gift of inconvenience.

Speaking of getting ripped off on Christmas…