People Who Think They Have Been Abducted By Aliens May Have PTSD, New Study Finds 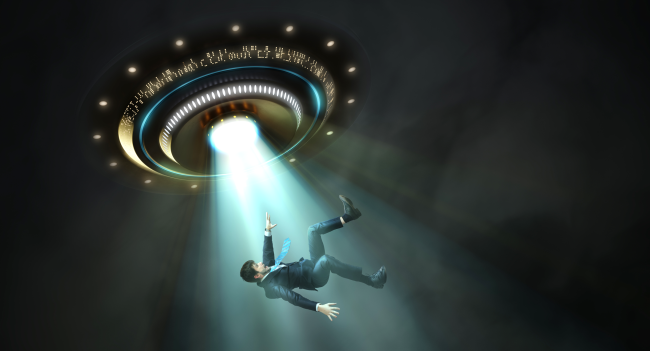 There have been an untold number of people over the years who have claimed to have been abducted by aliens. Some of them, like Sammy Hagar, have gone into great detail about these alien encounters.

That, however, doesn’t make the alien abduction stories any less real to the people who swear they really happened, according to a new study.

The small scale study, conducted by researchers at Zaragoza University in Spain, found that 47.3% of the alleged alien abductees they analyzed met the criteria for PTSD.

Meanwhile, 46% of the people they studied who were verifiably kidnapped by a human being met the same criteria for PTSD.

“The emotional reaction to memories of an implausible experience can be similar to an individual’s response to a genuinely traumatic event,” the researchers wrote. “Abductees can have an emotional reaction analogous to PTSD because, regardless of whether their recollections are true or false, their fear is real.”

Among the volunteers in the study who reported alien abductions, five reported seeing ‘strange’ lights in the sky, while 15 reported a spaceship and various alien life forms.

Interferences with electronic devices like the radio or television were described by two people, and six remembered a ‘bedroom visitor’.

More than half had memory loss from their ‘abduction’, typically covering one to three hours, although one person said their memory was blank for a whole day-and-a-half.

Related: Retired Air Force Colonel Says Two Of His Airmen ‘May Have Been Abducted By Aliens’ In 1980

The researchers also found that “the abductee group showed higher scores in measures of post-traumatic stress disorders and dissociation, but lower in suggestibility.”

Alternate explanations given by the researchers for these people believing they’d been abducted by aliens could be a result of sleep paralysis, or a distorted recollection of medical procedures under anesthetic.

A poll of 5,947 Americans, conducted in 1991 by Budd Hopkins, David Jacobs and Dr. Ron Westrum, found that 119 people claimed to met the criteria for believing they had been abducted by aliens. When extrapolated out, they concluded that this meant 3.7 million Americans have been abducted, or at least believed that they had been, at that time.

The first alien abduction story to receive widespread media coverage in America took place in 1961 in New Hampshire with the alleged abduction of Betty and Barney Hill.

Is any of it true? We may never really know.