Well, Now There’s A Pepperoni Shortage In America And I Can No Longer Put On A Happy Face 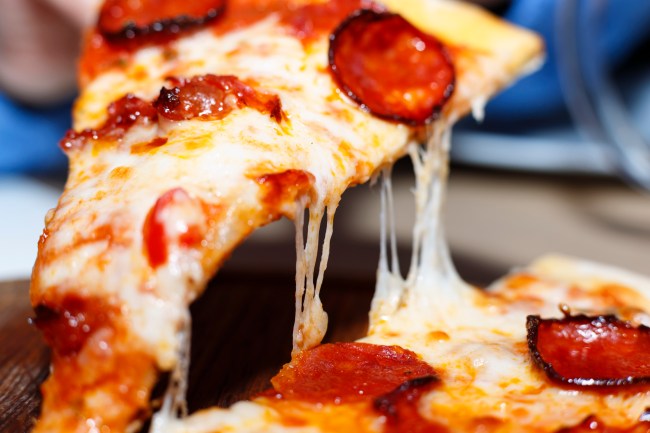 When they came for my toilet paper, it was fine. My wife is actually pretty neurotic about keeping the house loaded up on essential paper supplies (T.P. and P.T.) so we had a solid 6-months supply while the plebs were running around like chickens with their heads cut off looking for something to wipe their butts with.

Then came the steak shortage but I was prepared for that one because I’ve got a deep freezer/meat locker in the garage which I keep loaded up year-round with a variety of steak cuts for every occasion. But this, a nationwide pepperoni shortage, I’m not prepared for this because pepperoni (specifically ‘Bold Pepperoni’) is like one of three toppings in total I’ll ever get on my pizza and the other two toppings are also salt-cured Italian meats.

Dick Van Dyke once told everyone to ‘Put On A Happy Face’ and to that I say he can screw right TF off if he thinks I can go through life happy without my pepperoni. Well have our breaking points and that threshold has moved A LOT for everyone over the past few months and it seems clear to me the moment I’ll suffer a public meltdown is when I’m forced to order meatballs on my pizza like a simpleton.

Luckily, it doesn’t sound like we’re unable to find pepperoni just yet. THus far the shortage has just jacked up the price of peps which is fine for me because I’m willing to fork over whatever it takes to secure my pepperoni on the days I allow myself to indulge in some Detroit-Style Deep Dish ‘za from Jet’s Pizza, my go-to order these days. According to USA Today, the price is going up pretty dramatically:

Small pizza shops across the nation are reporting higher prices for pepperoni, according to Bloomberg, which found a South Dakota shop is paying $4.12 a pound compared to $2.87 in January 2019. Emily, a New York City pizza shop, is paying $6 a pound, up from $4 earlier this year, chef and co-owner Matthew Hyland told Bloomberg.

“It’s an American right to have pepperoni on pizza,” Hyland told Bloomberg. “Pepperoni is such a huge part of pizza it’s important to us that we keep it accessible.”

The small pizza restaurants said they weren’t passing the higher costs along to customers at this time. According to Bloomberg, large pizza chains including Domino’s, Pizza Hut, Little Caesars and Papa John’s haven’t experienced shortages or price increases as they buy ingredients with long-term contracts.

I couldn’t possibly agree with Emily (Pizza) co-owner Matthew Hyland any more. It is an American right to have pepperoni on our pizza, dammit. Oddly enough, I’ve never actually had the pizza from Emily and I’ve only ever had their burger because it’s one of the best on the planet, or it was, it’s been a while for me.

All things considered, I’m not terribly surprised that an ingredient from the realm of pizza is suffering from a shortage because the pizza industry has weathered the past half-year better than most of the restaurant industry because they were already setup for takeout and delivery better than most restaurants. With that said, we need to start pumping out more peps now and get ahead of this shortage.