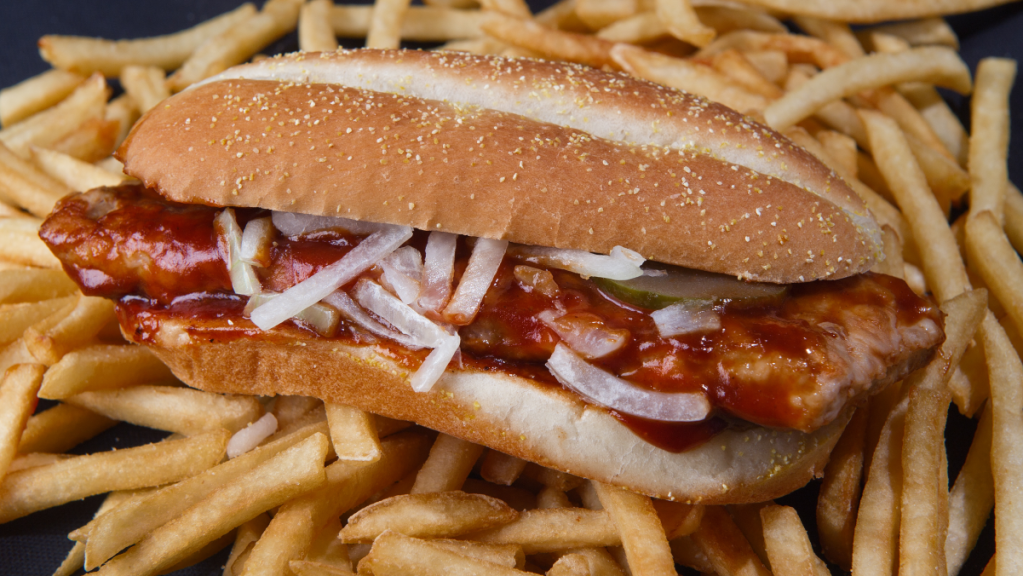 It has been a massive week for the McDonald’s McRib. The fast food giant seemed to float the idea of a ‘Farewell Tour’ for the McRib, announcing it would no longer be a permanent fixture on the menu beginning November 20th.

Diehard McRib fans were in shambles after the announcement. They took to social media to express their grief and air their grievances.

Those same downtrodden champions of the McRib would soon have a new outlet to divert their frustrations. An executive at NBCUniversal tweeted out a video trying to ‘expose’ who the McDonald’s McRib is made. They tweeted with the caption “Can this even be considered food? A McDonald’s worker decides to reveal how a McRib is made.”

They surely thought that tweet was going to be a banger but instead, they wound up getting dunked on by everyone with a smartphone. Why? Because nobody with a working brain actually expects the McDonald’s McRib to quality-made food. It’s FAST FOOD FFS. Here is the tweet:

Can this even be considered food? A McDonald’s worker decides to reveal how a McRib is made. pic.twitter.com/yFraU7JGhp

This ‘Pop Culture and Lifestyle Expert’ has been following the textbook definition of ‘tweeting through it’ ever since that video went viral. They’ve been getting dunked on right and left. The video has now been viewed over 4.4 million times with and impressive 10.3K quote tweets (people trolling) versus just 1.5K retweets.

Here are some of the best replies

Everyone with a working brain knew this is how the McRib is made:

Twitter sucks for a lot of reasons, but it never gets old watching some out of touch rich guy log on and be absolutely stunned at some basic, predictable way of the world known to anyone who's ever worked a service job

McDonald’s is actually pumping out farm-to-table food in this guy’s mind, apparently:

I’d estimate there’s a 0% chance this person has operated a grill in the past 20 years:

Have you seriously never seen a frozen meat patty before?

The cold, hard truth about fast food and the McRib:

McD's using "blue gloves for raw meat, clear gloves for not-raw-meat" alone is about 150% better than most kitchens, let alone their hot hold machinery being programmed with when the contents have gone out of window

Tweets like this are what happens when you put ‘Senior Executive’ in your bio:

A McRib resembles food far more than anything an executive does resembles work.

what exactly do you think food preparation should look like, senior executive at nbc universal

Taco Bell adds Luke warm water to frozen bags of beef and makes burritos with it and they are a billion dollar company. You think showing me that video is going to stop me from a McRib?

I think everyone gets the point by now. There are thousands upon thousands of replies to this guy’s McRib tweet. Meanwhile, he’s just ‘tweeting through it’ and ignoring that he became the ‘main character’ for the day, the person that everyone is dunking on.

Say it ain't so https://t.co/HPSXlKdAuO