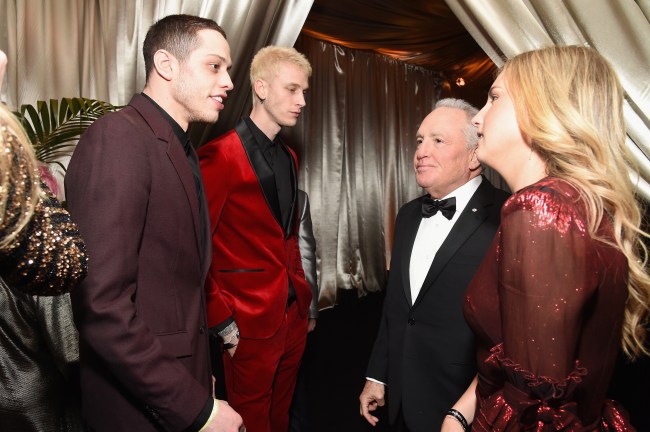 Pete Davidson is treating Saturday Night Live like he’s a high school senior in Nurtition Ed class after already getting into college. He’s more checked out than the Fappening photos. Further out the door than Jack from The Titanic.

In a one-hour interview (highly recommend) with Charlamange tha God in the lead up to his comedy special Alive From New York  (out now on Netflix), the 26-year-old comedian expressed frustration with being the show’s whipping boy and being “painted as the big dumb idiot.”

“I personally think I should be done with that show because they make fun of me on it.”

“It’s like, whose side are you on? You know, I have a weird feeling in that building where I don’t know whose team they’re playing for, really — If I’m the joke or I’m in on the joke,” he said.

The end could be near and is probably going to be rocky, as Saturday Night Live sources have reportedly been complaining to Page Six about Lorne Michael’s giving Davidson the star treatment.

Davidson got time off to shoot the “Suicide Squad” sequel in Atlanta and was also allowed to skip the show for pal Ricky Velez’s wedding. Lorne Michaels, the show’s creator, “gave him the week off to go,” said an insider, adding that that is “unheard of.”

Plus, we’re told, Davidson doesn’t play a big role in the writers’ room. “Pete has a pretty cushy gig, to say the least,” said a source. “The cast isn’t into him,” said another. “He’s just there — he doesn’t add much.”

Davidson has previously referred to Michaels as a “father figure” and the two even traveled to Jamaica together for a New Year’s Eve vacation when Davidson first joined the SNL cast as a 20-year-old.