Peter Dinklage Revealed What He, And Tyrion, Think Of Daenerys And Jon Snow’s New Romance 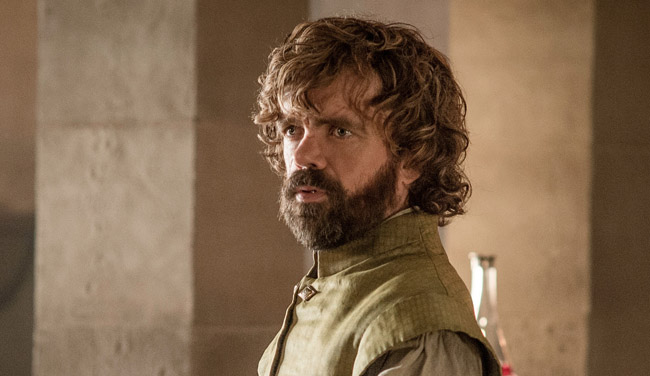 We’ve already heard from the two parties involved in one of the most talked about Game of Thrones scenes ever, Daenerys Targaryen (a.k.a. Emilia Clarke) and Jon Snow (a.k.a. Kit Harington). The two of them have already predicted what their characters’ reactions will be when they find out the truth about their relationship (and it was great).

But what about some of the other important characters who will be affected by this monumental turn of events? Like say Tyrion Lannister, for example. What is he thinking?

Question asked and answered as Peter Dinklage and other cast members weighed in on the new development in a post-show commentary for HBO.

Here’s what Dinklage had to say…

“It’s dangerous for everybody involved. I’m sure it is good for both of them in the moment, but you don’t even get the relief of how beautiful it could be or should be.

“No, it’s not good – it should be, but it’s not. It’s Game of Thrones, there’s a long history of romance not ending well in this show.”

Take it from a man who would know, right?

Speaking of a man who would know, Harington shared a few more thoughts on this new situation in Jon Snow’s (or whatever his name is now) life…

“But it’s that thing – when you suddenly feel that deeply about someone and you go through those events together, it’s like a runaway train you can’t stop it happening.”

Great. Now we only have to wait, like forever to find out if what Dinklage and Harington believe comes true.

Check out even more of the cast commentary below…