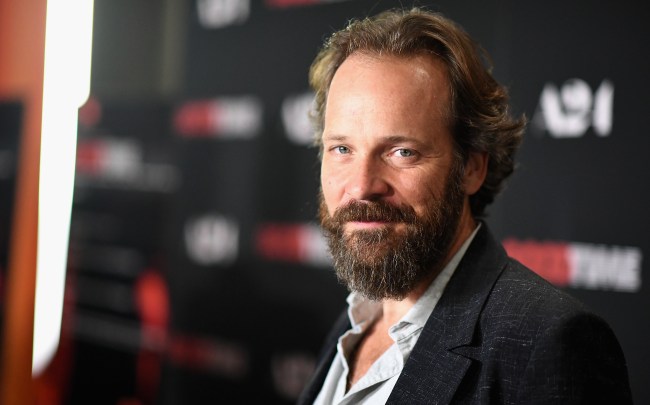 Prior to this week’s official press release announcing the beginning of filming of The Batman, the only actor whose character had yet to be revealed was Peter Sarsgaard.

Despite nothing official from Warner Bros. or director Matt Revees, I — along with many others on the internet — speculated that Sarsgaard would be playing Gotham City District Attorney Harvey Dent, otherwise known as Two-Face. Given Sarsgaard’s general appearance and history of playing regular looking guys grappling with an extremely dark side, it seemed like a lock. And lo and behold, I was right… sorta.

In a statement signaling the beginning of production on The Batman, it was revealed that Sarsgaard is, in fact, playing a Gotham City District Attorney, albeit not Harvey Dent: Sarsgaard’s character is named Gil Colson.

Principal photography has begun on Warner Bros. Pictures’ “The Batman.” Director Matt Reeves (the “Planet of the Apes” films) is at the helm, with Robert Pattinson (upcoming “Tenet,” “The Lighthouse,” “Good Time”) starring as Gotham City’s vigilante detective, Batman, and billionaire Bruce Wayne.

So, what does that mean? Well, unless you’re like, for whatever reason, a hardcore Harvey Dent fan who will accept nothing less than his presence, this is good news.

It’s good news because it means they’re doing something different, whether that be creating a new character or simply pulling a bait-and-switch and revealing the character to be Dent all along at some point.