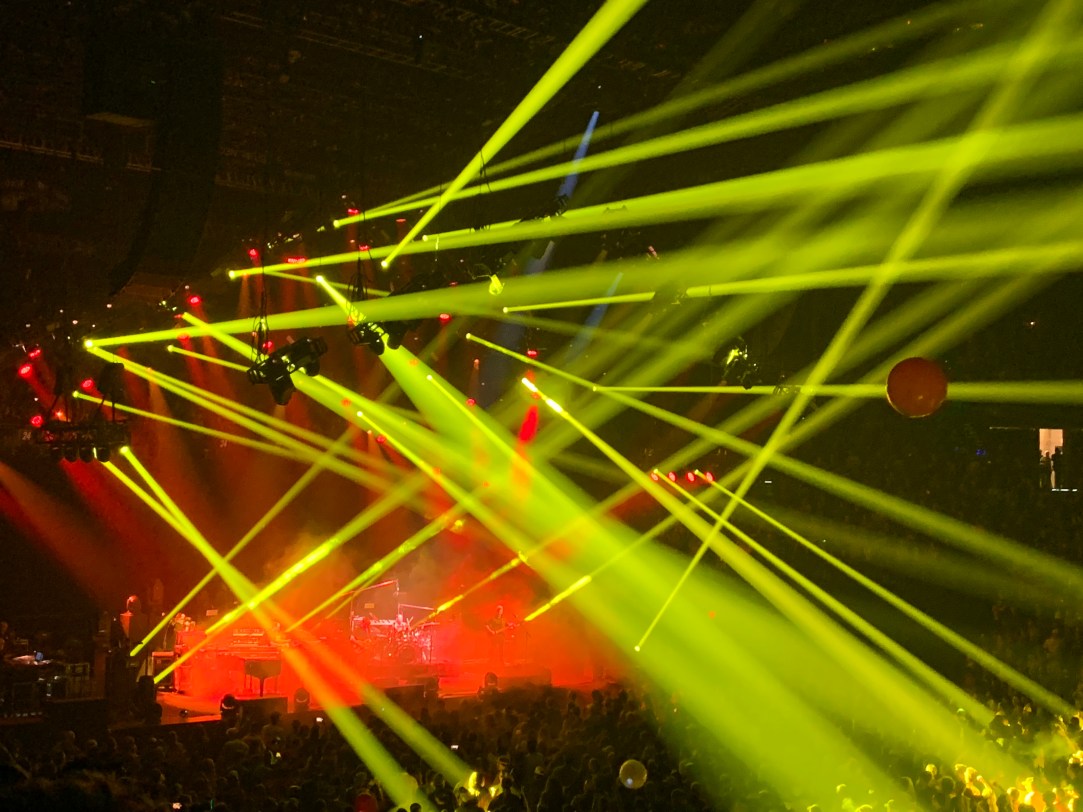 Being a lifelong New York Jets fan can produce some interesting effects on people. I’ve yet to meet a single NY Jets fan who is eternally optimistic but I’ve met quite a few who find joy in the little things instead of focusing on championships.

The thrill of Mark Sanchez and the Jets beating Tom Brady and the Patriots in 2011 (28-21) after losing 45-3 in their previous game at Gillette Stadium felt like winning the AFC for some Jets fans.

But those moments are fleeting and there are periods of dismal play (not this season though!!). And in those moments, fans like Phish frontman Trey Anastasio have time to reflect on the team in a way that many NFL fans might gloss over. When they’re forced to look for the ‘diamond in the rough’ they focus harder than Patriots or Packers or Steelers fans who have experienced an embarrassment of riches over the past 25 years.

Teasing an upcoming segment on FS1 from NFL Films, Phish frontman Trey Anastasio who is a lifelong New York Jets fan, makes an argument for why Jets legend Nick Mangold should be in the NFL Hall of Fame.

Trey Anastasio said that Nick Mangold “represents everything that (he) loves about football and being on a team.” That’s an interesting choice of words there. Trey Anastasio has been the frontman of Phish with the same core members playing together since their first show in 1983.

I’ve seen Phish more times than I’d like to admit but less than many fans. And I’ve seen Trey Anastasio invite special guests on stage over the years like George Clinton from Parliament Funkadelic or a high school marching band, but his concept of a ‘team’ is as solid as anyone. The 4 guys from Vermont have been together for decades.

Anastasio went on to say “you think about the Center, he’s got his hands on the ball every single play. Nick Mangold always showed up” and added “he was consistently the heart and soul of the grit of the Jets.”

Then his comments acknowledge the cold hard truth of being a New York Jets fan. Trey Anastasio says “we are all well aware that the Jets don’t have the most successful history in the modern era of football.” And harkening back to what I mentioned above, about how Jets fans can find a diamond in the rough, Anastasio points out Mangold’s impact.

Trey Anastasio: “you can’t just put the pretty boys in the Hall of Fame”

Trey Anastasio went on to say “if you look really closely, and this is my argument for Nick Mangold in being in the Hall of Fame. He was drafted in 2006. And that was an era where the team was being built from the inside out… The offensive line, the way a football team should be built. And lo and behold, by 2009, 2010 they had two of their best years ever.”

Here is the teaser video featuring Trey Anastasio, who was raised in Princeton, making the case for Nick Mangold in the HoF:

An unlikely connection between @phish and football.

Now some Giants fans and Patriots fans in the Phish community are interpreting Trey Anastasio’s ‘pretty boy’ comments as a slight at Nick Mangold’s looks. I’m neither confirming or denying that Nick Mangold isn’t a handsome man. But I will say he’s the type of guy I’d want to be transported back in time with in case of a Viking invasion in Europe.

RELATED: Phish Frontman Trey Anastasio Invited A Little Girl On Stage Sing And She Slayed It

The full broadcast will appear on FS1 on Wednesday, November 23 at 9:30 pm. Phish fans who couldn’t care less about the New York Jets will still be setting their DVRs to see what Trey Anastasio has to say about Nick Mangold, myself included.

Most Phish fans can probably relate to this https://t.co/MyqyQXj2mw