Researcher Discovers And Photographs What He Believes Are Possible Bigfoot Graves 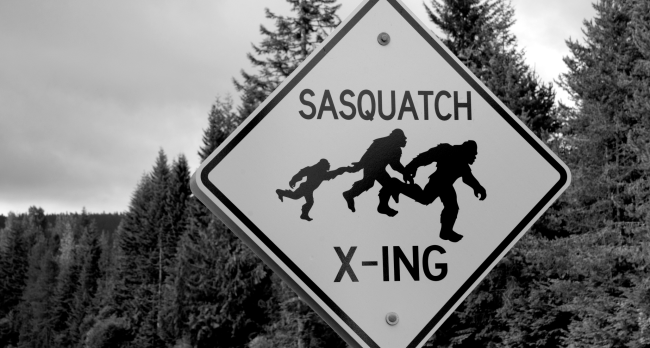 Thomas Marcum, the founder of a cryptozoology and paranormal research organization and the author of Understanding Bigfoot: Helpful Information and Answers to Common Questions, recently came across what he believes are unmarked Bigfoot graves.

In a recent post on the organization’s website, Marcum delves into why he believes these mounds may be Bigfoot graves, why no one has ever discovered any remains of the creatures after they die, and why, despite making this potentially historic find, he refuses to do any excavation.

Marcum, who previously made news when he claimed to have spotted a pair of Bigfoot entering a coal mine in the mountains of northwest Kentucky, believes that “one of the reasons why we may not find Bigfoot bones often is that they bury their dead.”

“[There have] been times while out hiking, exploring or conducting Bigfoot research that I have found or came across what appears to be a grave of some sort,” Marcum writes. “Many years ago, we came across one while logging way back in the head of a hollow. We didn’t take pictures and of course didn’t disturb it. This was many years ago but over the last 8-10 years I have found similar humps of dirt in places that are in the middle of nowhere.”

So does bigfoot bury it's dead? Many researchers think they do. Are these grave like mounts found in the mountains possible bigfoot graves? I don't know but I have found them. https://t.co/0Ifgp3Gcii pic.twitter.com/b1bV7QLdk8

“There are actually two of these that are probably 30-40 feet apart,” Marcum says while discussing one of the photos. “This is in an area where I have had several Bigfoot encounters and found many tracks. Now of course, I have no idea if these are really graves or just odd humps of dirt on the ground. It could be nothing more than a natural formation or something a person did a long time ago. I have not and would not dig into them. But I am confident that Bigfoot does bury its dead.”

Alongside another photo from a different location, Marcum states, “This hump of dirt resembles a grave more than many of the others ones I have found.”

He also clarifies why he doesn’t disturb these possible Bigfoot graves or share their specific locations, writing, “If and I say IF a possible unknown grave was to be dug into and the remains exhumed, it would need to be done by experts with the proper authority. You would want to preserve all that you could of the remains.”

Maybe it’s time for something like that to finally happen then.