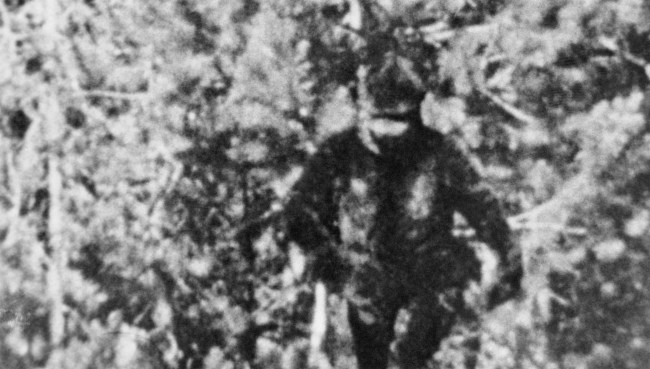 33-year-old Lee Brickley has been on the hunt for Bigfoot for 10 years now. However, it is only recently that he says he has found definitive proof of the cyptid’s existence and it came in the form of a footprint and some claw marks.

Brickley explained his startling discovery to the Daily Star, saying, “Loads of people now message me regularly asking for updates. I got an anonymous email from a man saying he had been flying a remote control plane over Gentleshaw Common at Cannock Chase who said he’d seen something unusual. With his description of the location, I went out there straight away, and found the footprint.

“I was astounded,” he contined. “I’d never seen a footprint that large in my life, and it was clearly not made using a mold or cast.

Maybe it was actually a dinosaur footprint since those seem to be popping up lately.

“That is probably the moment I realized the Cannock Chase Bigfoot was more than just a myth,” Brickley added.

Ah, it’s a completely different Bigfoot he is after. Now it all makes sense. After all, according to Google Maps, Bigfoot does go by 58 different names around the world.

Related: Pair Of Bigfoot Spotted Entering Coal Mine In The Mountains Of Northwest Kentucky

Brickley also revealed that a month after finding the footprint, which was around 16 inches long from toe to heel, he discovered claw marks on a tree in the area and a mutilated deer.

“It looked as though something had bitten and then ripped out its throat before eating from the torso,” Brickley recalled.

“You see a lot of dead deer on Cannock Chase – often they’ve been hit by cars – but it was unusual to see one in that condition.”

He even says he once got a quick look at Bigfoot while doing research for his book.

“I can’t say for sure what it was, as it was around 7 pm and getting dark and the figure was covered in shadow,” said Brickley. “It definitely moved more like an animal than a man, and it was easily seven feet tall.

“I tried to run after it, but it was too quick and disappeared into a dense section of trees.”

Brickley says at first people think he is “mad” when discussing but “when I show them the pictures they’re amazed.”