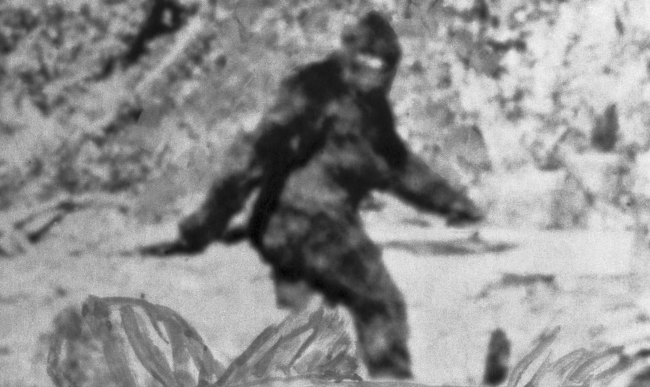 We can now officially add Kentucky to Idaho, Michigan, Oregon, the Florida panhandle, northern California, Oklahoma, North Carolina, and West Virginia to our list of possible home bases for the ever-elusive Bigfoot.

If a new report can be believed, that is.

This latest Bigfoot sighting occurred in a location in Kentucky where one expert with over 20 years experience on the subject says “is no doubt home to Bigfoot.”

“The person, who I will not name, that saw these two Bigfoot go into the mine is a really good guy and is not a story teller,” writes Thomas Marcum of The Crypto Crew in his report. “He has not told but a handful of people about what he saw. This man is a friend of mine and our family, just I don’t get to talk to him very often. Once I got the location details I used google maps to kind of scope out the area and to get a direction I wanted to explore first. I missed my mark and had to backtrack for about a mile or more. I did finally find the location.”

Marcum continues, “These tracks, while lacking a lot of definition, were larger and much wider than my size 12 boot. These where in a straight line with the exception of one track at the top of the bank. This could have been a slight side step to maneuver over the hump in front of the mine opening, I don’t know. This opening may be used more at different times of the year, its is just hard to say.

“I do know that Bigfoot is smart enough to know when an area has increased human activity in it. So maybe this time of year they use this opening less.

“Right now we have people ginseng hunting, squirrel hunting, and deer hunting. But even with all of that, this area does not see a high volume of people in it due to it being a rough area and you have to walk. You can only take an ATV a short ways and then it is on foot or you don’t go.”

“What is important and I feel really backs up this report, is the fact there has been other sightings and reports from this general area,” Marcum continued. “In fact, just across the hollow from the coal mine is where I found the tree breaks and recorded the wood knock just a few days ago.”

Marcum also points out that there was also a recent Bigfoot sighting on another ridge across from the coal mine, and is the same area where Bigfoot tracks have been discovered before.

He concludes that “this area is no doubt home to Bigfoot” and says he knows “for a fact there are several different groups of Bigfoot” in his area.

Charlie Raymond, founder of the Kentucky Bigfoot Research Organization (KBRO), reported in 2020 that the state is third in the country for the most Bigfoot sightings.

“I have seen and found things that most people will never see or find,” says Marcum.

Looks like we definitely need to stick a pin in Kentucky, especially the northwest mountains of the state, as a potential home for the ever-elusive cryptid.