Bigfoot Sighting Caught On Video In Michigan Has Experts Baffled 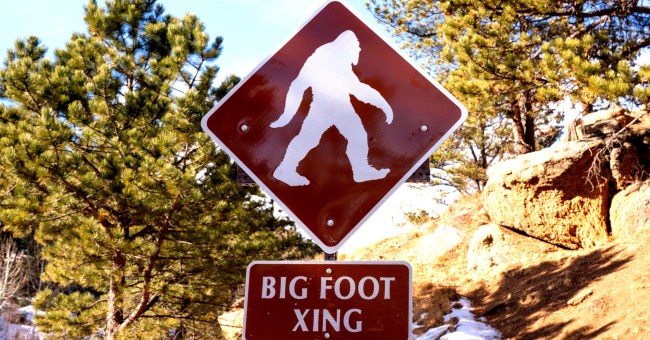 While lawmakers in Oklahoma are upping the ante, trying to offer $3 million for the live capture of Bigfoot, Sasquatch himself is busy was spotted roaming the woods in and around the Cass River in Michigan.

At least that’s what one person who sent a video and photo of an alleged Bigfoot to the Rocky Mountain Sasquatch Organization (which is also a real thing that exists and is not to be confused with the Bigfoot Field Researchers Organization, or BFRO, also real) wants everyone to believe.

According to this person, “My cousin was kayaking on the Cass River here in Michigan when he took this picture. Not sure what it is, but I have sent it to a few people to see what they say.

We’ll be the judge of that.

Rocky Mountain Sasquatch Organization (RSMO) investigator Kyle Shaw was one of the people to closely inspect the photo and video, magnifying it and slowing down the footage for a better look.

His take on whether the video is Bigfoot or not?

“I’m on the fence. I’m not saying this is Bigfoot, and I’m not saying it isn’t,” says Shaw. “This is obviously shot with a cell phone at 880×656 resolution. It’s 30 frames per second. It isn’t the greatest footage. It’s all we have to go with so you be the judge on what you think it is. I don’t know what it is.”

In another video where he further analyzes the alleged Bigfoot sighting, Shaw says, “I’m not saying it’s Bigfoot, but a lot of what’s going on in this says to me it’s something moving through the river, pushing a wake, and it appears to be carrying an infant. The infant’s head is behind the mother or father. It must be lying on the left shoulder and kind of in the back, but you can see the torso, leg, and foot of the baby. Just incredible.”

Michigan is one of the major hot spots for Bigfoot sightings in North America. According to BFRO data, only California, Florida, Illinois, Ohio, Oregon, Texas, and Washington have had more Bigfoot sightings than Michigan’s 224 reports.

So does this latest Bigfoot sighting mean we officially now add Michigan to Oregon, the Florida panhandle, northern California, Oklahoma, North Carolina, and West Virginia to our list of possible home bases for the ever-elusive Bigfoot? Take a look at that related video below and decide for yourself.