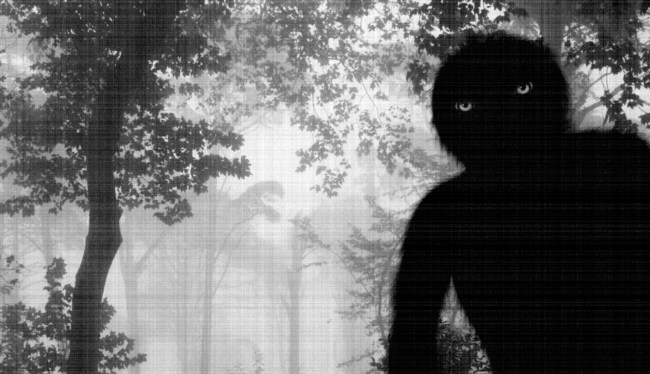 We’re not even a full two months into 2021 and this is already the fourth Bigfoot sighting we will have reported. The more things change, the more they stay the same.

This latest Bigfoot sighting was captured on video in Okaloosa County near Crestview in the panhandle of Florida by a man named Tyler Howell.

Howell’s video was shared to the Bigfoot Field Researchers Organization (BFRO) Facebook page where it proceeded to stump and amaze viewers, resulting in over 130 comments.

OBSERVED: Went on a afternoon hike and decided to stop at the clear cut where big powers lines are to see if I could see a deer or something. I jumped up numerous turkey and deer while hiking. So I parked the car, rolled down the windows, shut the car off and just listened and watched.

Not even 10 mins go by and this large black thing just starts walking across the open all the way to the other side. I get out of the car to get closer to see it, soon as I do that it see’s me then steps into the tree line. I hurried back to my car and watched from the cab. I called an individual and on the phone with them while I’m still watching it.

At first before I started recording I noticed it and for a second I thought a hiker or hunter. But it’s posture and how it moved didn’t look right. To me it looked hunched over or like it’s [sic] shoulders we’re rolled forward. I showed a buddy and he agrees with me so idk. Found a dismantled deer very close by. Head was missing and front legs were ripped off.

Their [sic] was a document sighting on BFRO about 1 mile or so from here. I have a video of the subject and photo’s [sic] of the deer. I was very close to the shoal river. Thick tye dye swamp very close by.

Another report from Eglin AFB (Florida Panhandle) this past THURSDAY — report with video. Take note, all those who say no one ever gets a video with a smartphone. This is a example of what to expect from a smartphone. For video and Google Maps link see: https://t.co/BVsPmCe5WX pic.twitter.com/zZzu0lVIll

I spoke with the witness. He is credible. He is the manager of the Surf Hut restaurant in Miramar Beach. He lives in Niceville and spends much time hiking on Eglin Air Force Base — a vast unpopulated area in the Florida Panhandle.

He was too far from the figure to see details. He was also fully zoomed in with his smartphone camera. No details are visible in the video, but it is clearly dark and upright and bipedal, so either a human in dark clothes or a bigfoot.

The sighting is important partly because of the number of other reports from this general area, including one within a few miles just a few weeks ago.

Howell uploaded the video to YouTube at the request of Moneymaker in an effort to try to gain more clarity on the Bigfoot sighting.

One enterprising internet sleuth even decided to go out and perform a re-enactment of Howell’s Bigfoot sighting and posted it to the BFRO Facebook page.

“This is a reenactment video – Tyler Howell posted on January 29,” the person wrote. “This was shot today Sunday, February 7 at approximately 12:30 PM. My son Eli stayed at the turn out with his iPhone same spot Tyler filmed from. My other son and I. We hiked to the location we believe the thing crossed the powerline cut. It wasn’t hard to find. We did have to cross Pearl Creek in about Shin two knee deep cold water to get to the game trail. There is a definite game trail that crosses through the powerline cut from the right side of the forest there’s a large opening and where the thing goes to there is a large opening on the left side, in very dense brush. This trail seems to follow parallel to Pearl Creek. The video is of me walking normally through the cut. I am 5’10” barefoot. but with boots on and a dark baseball cap probably 6 foot. I’m wearing all dark clothing. It takes me roughly 1 minute and 14 seconds to cross the cut. We did hike around for a couple of hours looking for signs and tracks though we did not find anything 😕. If someone could put the two videos together for a size comparison that would probably help some. My personal analysis is I believe I look much smaller in the video compared to the thing in Tyler’s video appears to be taller and larger. Just my opinion.”

Soooo. what’s your take on this? Let us know in the comments below!