First Photos From ‘The Batman’ Set Offer A Look At London As Gotham, Robert Pattinson As Bruce Wayne 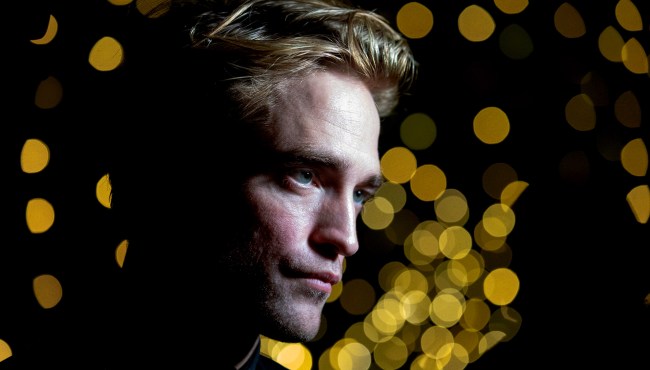 On Tuesday we got our first look at Colin Farrell as The Penguin as production of The Batman gets underway.

In the images shared on social media by Wade Gravett, who obviously has the best seat in the city, we get to see Pattinson as Bruce Wayne doing some work with his stunt double on a motorcycle in the streets of London.

Just want to clear something up!
My pic on the left was taken at 12.30pm when they used a stand-in to set up the shot.
My pic on the right was taken at 3.30pm when filming was active and it's clearly Robert Pattinson.
Trousers, boots, jacket all have differences 👍 pic.twitter.com/htYFo2onbr

Some other fans of The Dark Knight have also been sharing their photos of The Batman filming in the square mile.

More pictures from the Batman set found yesterday. Certainly seems like we're going to get the late 90's early 00's time period that had been anticipated.#Batman #Gotham #TheBatman #GothamCity pic.twitter.com/G1zsxgdRzs

No plot has been revealed yet for The Batman, but the mere fact that characters including Oswald Cobblepot/The Penguin, Selina Kyle/Catwoman, Edward Nygma/The Riddler, and Carmine Falcone are part of the story, in addition to the incredible cast of actors playing those roles and others, anticipation for the film is currently very high.