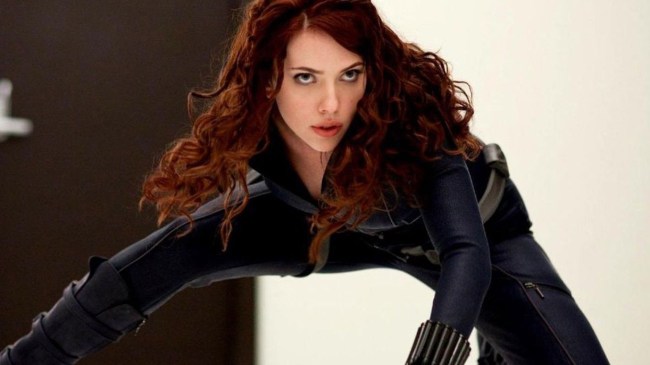 It’s been nine years since we first laid eyes on Scarlett Johansson in the role of Natasha Romanoff, aka Black Widow, on the big screen in Iron Man 2. And now, after appearing as a supporting character in eight movies in the Marvel Cinematic Universe, she’s finally getting her own show.

That show has apparently kicked off production in Norway as numerous new photos and videos from the set of the upcoming solo film have surfaced on the internet.

Filming is reportedly taking place in Sæbø, Norway, a village on the country’s western coast, and is basically confirmed by signs on vehicles that read Blue Bayou (the working title of the film).

Late Tuesday night, the reports that Scarlett Johansson, who plays the role of Black Widow, or Natasha Romanova as she actually called, arrived at Sunnmøre. A private plane from England had landed at Vigra near Ålesund.

Soon after, the first pictures of what is assumed to be Johansson came in a car, on the way to Sagafjord hotel on Sæbø. Shortly beforehand, Marvel’s fan David Richard King had managed to link the production to “Black Widow” when he found a sign with the film’s codename “Blue Bayou” among the production trailers.

BREAKING: The first photos of actress Scarlett Johansson in-costume as Natasha Romanoff on-set of the #BlackWidow movie have arrived online as the film's production has now begun in Norway!

Dagbladet also reports that there are apparently two different scenes to be filmed on Sæbø as there are two “locations” marked with signs inside the village.

The story, according to the movie’s IMDb listing, will be…

At birth the Black Widow (aka Natasha Romanova) is given to the KGB, which grooms her to become its ultimate operative. When the U.S.S.R. breaks up, the government tries to kill her as the action moves to present-day New York, where she is a freelance operative. The standalone film will find Romanoff living in the United States 15 years after the fall of the Soviet Union.

Johansson’s Black Widow movie is expected to be released sometime in 2020, and will have much company when it comes to female superheroes as both Wonder Woman 1984 and Birds of Prey (And the Fantabulous Emancipation of One Harley Quinn) are also scheduled to hit theaters in the same year.

New behind the scene video of Scarlett Johansson as Natasha Romanoff. This is the SUPERIOR look sksks 🤧💗💗#blackwidow #NatashaRomanoff #ScarlettJohansson pic.twitter.com/1Lu91jW6WM

Redhead, dressed in black clothes on a boat.#ScarlettJohansson #BlackWidow pic.twitter.com/6sC2XfpuKl

scarlett is so pretty! she's finally getting her own movie. i'm so happy and i'm so proud of her 💖 she really deserves it. #blackwidow pic.twitter.com/P2yfDBMBMt