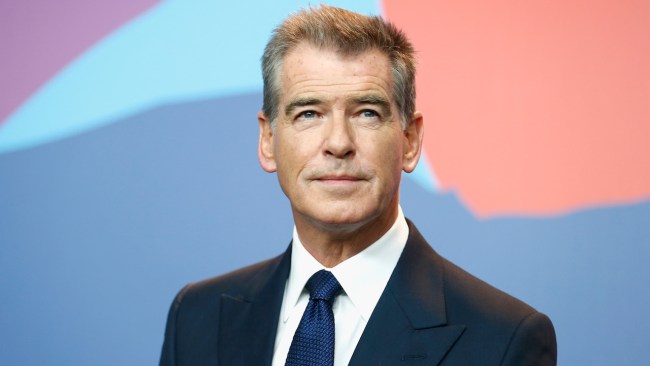 With just under two years until the release of The Batman, Warner Bros. is likely working on filling out the cast as we speak, and according to a recent rumor, they’re circling in on casting Pierce Brosnan as Bruce Wayne’s loyal lifetime servant Alfred Pennyworth.

According to Express, the rumor originated from amateur filmmaker Ryan Unicomb, who posted a picture of Brosnan to his Instagram with the caption “Pierce has entered the chat party. 👴🏻🦇”

Now, while an amateur filmmaker’s Instagram page may not be the best source for casting rumors, Express points out that Unicomb is the same source who originally leaked that Twilight star Robert Pattinson was being considered for the role of Bruce Wayne/Batman.

Similarly, while the report is nothing more than a rumor at this time, Brosnan as Alfred Pennyworth is just one of those castings that makes so much sense that it simply feels true.

Set to be released on June 25, 2021, Pattinson is the only official star attached to the Matt Reeves-helmed project thus far.

According to previous reports, The Batman could feature up to four iconic Batman supervillains, including the likes of Riddler, Penguin, Catwoman, and Firefly (we took a stab at fan casting the roles if that’s the sore of thing that interests you).

A reboot of the DCEU’s Batman, The Batman will see Pattinson take over the iconic cape and cowl from Ben Affleck, who starred as the legendary vigilante in Batman v. Superman: Dawn of Justice, Suicide Squad, and Justice League.

While Batman v. Superman: Dawn of Justice was halfway decent, both Suicide Squad and Justice League were unmitigated disasters, forcing Warner Bros. to rethink their DC Comics strategy, ultimately leading to Affleck stepping away from the role.

Following his Twilight fame, Pattinson has spent the past decade putting together a hell of a filmography, largely shying away from franchise filmmaking in order to prove his chops in the indie scene.

That decision is now paying dividends for the 33-year-old English actor, as he’s not only set to star as Batman but will also be playing one of the leads in Christopher Nolan’s 2020 time-travel epic Tenet.