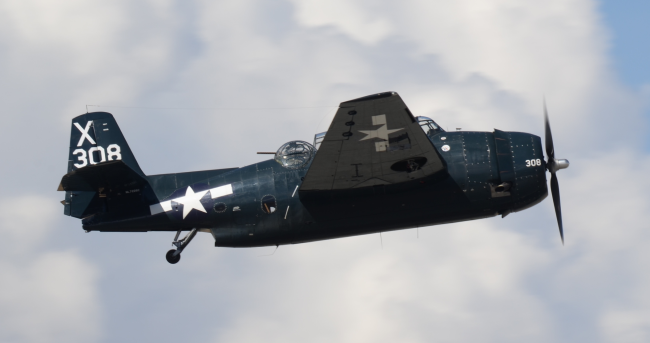 Oh, Florida… what have you gotten yourself into now? Oh, a World War 2 era TBM Avenger plane crashed into the sea in Florida just yards behind where a woman was holding her maternity photoshoot? Totally normal. Happens everyday where I live.

The woman, Kristan Othersen, 22, was having her maternity photoshoot on Cocoa Beach, just south of Cape Canaveral, while the air show was going on in the area when Kristan’s mother Amber Ditmer noticed something was amiss in the background.

“My daughter Kristan wanted to take maternity photos at the beach. We were there for 10 minutes and my 14 year old Miya was in the water and pointed at a plane coming in really low,” said Ditmer, reports DailyMail.com.

“I started taking photos as the plane kept getting lower and lower. There were people everywhere.

“I just assumed there was going to be a trick and nobody moved. Next thing you know, he’s going in the water, and thankfully he did not hit anyone. He managed to get around everyone, as the beachgoers were not moving.”

The plane, an American torpedo bomber, had reportedly suffered an engine failure and was forced to make an emergency landing right there in the ocean. Luckily, the pilot was okay.

“It took a few minutes before he actually appeared. He had to keep his headset dry. Bystanders swam out to him and helped him out and then rescue units arrived,” said Ditmer.

“It was traumatizing because I thought there would be someone under the plane. You can see the look of disbelief on my daughter’s face in one of the pictures.”

Twitter user Kami Moffat also captured the scene, and, as is always the case, people were mad that instead of filming she should have been helping.

“We could immediately see the pilot was okay and no one was hit, some guys dove in south of us near the nose of the plane, the pilot didn’t want people in the water due to leaking fuel,” said Moffat, giving a logical explanation. “Everyone was thankful no one was hurt.”

What were we supposed to do? We could see he was ok

Here is the plane just before it took off earlier this afternoon from TICO airport in Titusville. Such a shame, they worked years on the restoration. So glad everyone is ok. pic.twitter.com/VaHYLROapP