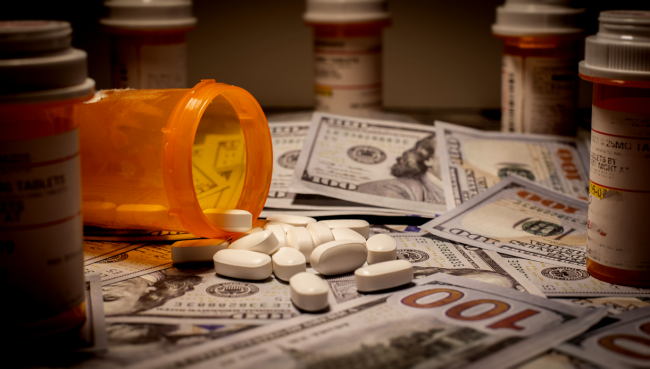 Two men were recently arrested in Orange County, California when their minivan was found to contain enough fentanyl “to kill 4.7 million people”.

According to a press release issued by the Orange County District Attorney’s Office, a lethal dose of fentanyl is as little as 2 milligrams; authorities recovered 20.5 pounds.

“Millions of unsuspecting people have the grim reaper looking over their shoulder and they have no idea how close they actually are to dying from taking a single pill,” said Orange County District Attorney Todd Spitzer. “Fentanyl is cheap, it’s easy to get and it is killing our children, our coworkers, and tens of thousands of innocent Americans who don’t have to die. Drug dealers don’t care about you or your loved ones – they only care about their bottom line and making as much money as possible. With fentanyl in an estimated 40 percent of street drugs, it’s not a matter of if but when someone you know and love dies from fentanyl. We have to continue to do everything we can to combat this deadly drug epidemic and save lives.”

Fentanyl is driving a nationwide overdose epidemic, says the DEA

Both men have pleaded not guilty and each faces a maximum sentence of 37 years and 4 month if convicted on all charges.

On Wednesday, the U.S. Drug Enforcement Administration (DEA) sent out a letter to law enforcement with a warning about a nationwide spike in “mass overdose” events involving drugs being spiked with lethal amounts of fentanyl.

“In just the past two months, there have been at least seven confirmed mass overdose events across the United States resulting in 58 overdoses and 29 overdose deaths,” the letter read.

The DEA also reported that “the CDC estimates that in the 12-month period ending in October 2021, over 105,000 Americans died of drug overdoses and over 66% of those deaths were related to fentanyl and other synthetic opioids. Last year, the United States suffered more fentanyl-related deaths than gun-related and auto-related deaths combined.”