Awesome Police Officer Pays For Shoplifters’ Groceries Instead Of Arresting Them 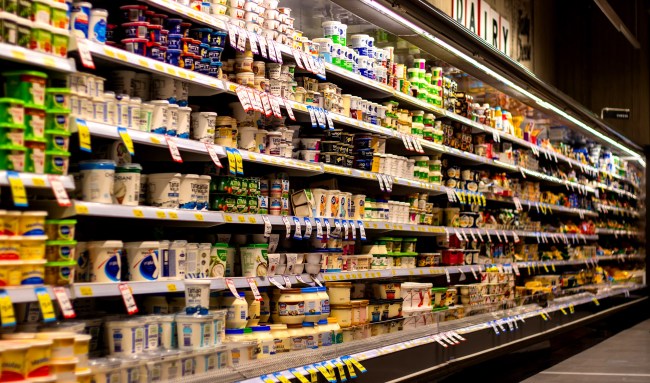 After the disaster that was the year 2020, one Massachusetts police officer is out there already doing his best to make 2021 a better one.

Shortly before Christmas, Somerset Massachusetts Police Officer Matt Lima was responding to a report of shoplifting by a couple of women at the local Stop & Shop.

“The allegation was the two females were scanning some items at self-checkout but bypassing other items and bagging those items,” Lima recalled to WJAR TV. “Dispatch indicated it was two females and two young small children and they were detained by Loss and Prevention over there.”

The ladies’ receipts backed up the claim that they had not paid for everything in their bags, but after speaking with the women and seeing their two young children he decided there was a better way to go rather than arresting them for shoplifting.

“The woman I talked to, she explained she was working, but the mother of the children was not working and had some other family issues going on and that what she had taken was Christmas dinner for the kids,” said Lima.

“There was nothing else on there like health and beauty items, shampoo, anything like that. It was all food,” he added. “I asked an employee where the other items were that they had planned to take and was informed they were put back on the shelves.”

Reminded of his own small children, Lima decided to purchase $250 in gift cards with his own money to cover the families’ groceries.

“I have two girls myself, similar on age to the two girls that were there, so it kind of struck me a little bit,” Lima admitted.

“Obviously, this family was in need and I can’t imagine having to make the decision to go to Stop and Shop and just only pay for what I can afford — or do I go there and try to take things for Christmas dinner for the kids?” said Lima. “They were very thankful, they were kind of shocked. I’m sure a lot of people in that same situation would be thinking that there was going to be a different outcome, and maybe they would be arrested or have to go to court.”

Somerset Police Chief George McNeil said about Lima’s decision, “His actions exemplify what it means to protect and serve the members of our community.”

“I just did what I felt was right. It’s not about me, I just tried to put myself in that family’s shoes and show a little bit of empathy,” said Lima.

Thank you, Chief McNeil. And it goes without saying, a lot of this comes down to great, ethical leadership. Respect! https://t.co/sd5n9oJMZk