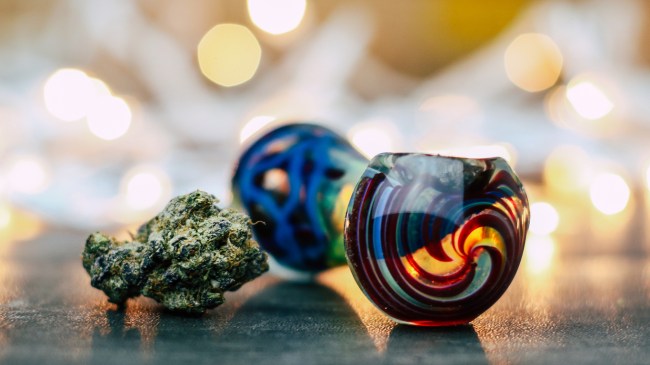 In theory, law enforcement exists in order to protect us from the evils of society and it’s their job to follow the letter of the law whenever possible—even when the law is stupid as hell.

Over the past few years, America’s attitude toward marijuana has changed dramatically, and as things currently stand, the majority of the population thinks it’s time to legalize one of the more harmless drugs on the market for mass consumption.

As things currently stand, recreational marijuana is legal in 10 states (in addition to the nation’s capital) and the majority of the country has a medical program in place.

However, there are still plenty of locales where the law is ass-backward—including Missouri, where overzealous cops recently went viral for searching the hospital room of a cancer patient because someone claimed to smell weed.

In recent years, police departments around the world have started to use social media to brag about their law enforcement prowess, and to their credit, some of the busts they’ve made are pretty impressive.

43 lbs of crystal meth, 5 lbs of brown heroin, 19 lbs of Fentanyl. Great work by officers on traffic stop near I-40/May! This was the 2nd largest Fentanyl seizure in Oklahoma to date. #okcpd #drugbust #drugsoffthestreets pic.twitter.com/FdHqbqc2oh

However, certain departments have a tendency to pat themselves on the back a tad too hard when it comes to certain seizures—especially when they’re related to marijuana.

Over the weekend, a police department in Texas decided to brag about their most recent “bust” when cops in Fort Bend County posted a picture of some paraphernalia they discovered during a routine traffic stop.

While conducting a traffic stop, Deputy Stillabower confiscated a grinder and 2 glass pipes. Driver was cited for Possession of Paraphernalia. Proud of all Pct 3 Deputies! 🤗 pic.twitter.com/bi5ASXTT7z

I’m not entirely sure how they expect people to respond to this but it was only a matter of time until the tweet got Ratioed to hell and back by Twitter users who were more than happy to take them to task.

Can’t even describe how fuckn safe I feel right now thanks to this bust https://t.co/bXLY99kp5I

Wow two whole pipes the cartels are done for

I’m glad to know the people of Fort Bend County are now safer thanks to these brave deputies. They are truly the heroes we don’t deserve.