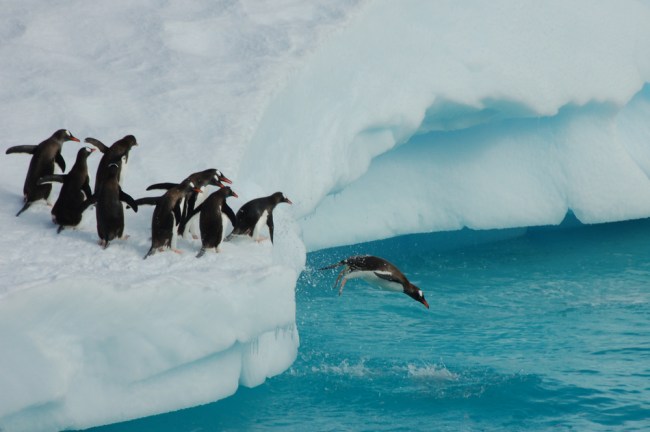 Scientists were able to discover a previously unknown super-colony of penguins because the ice birds left a trail of poop that was so incredibly large that it was seen from a NASA satellite in space. Talk about leaving your mark. A previously undiscovered super-colony of 1.5 million penguins was found by scientists on the remote Danger Islands off the coast of Antarctica. Ace Ventura would be proud. 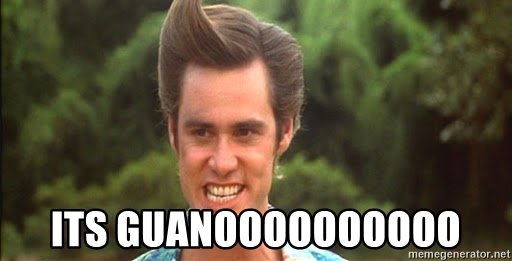 A NASA satellite took images of Earth in 2014 and scientists noticed a strange coloring on the Danger Islands. Scientists determined the coloring was from a massive amount of penguin poop. Who amongst us hasn’t had a dump that was so enormous that it might be able to be seen from outer space? “Until recently, the Danger Islands weren’t known to be an important penguin habitat,” Heather Lynch, one of the authors of the new study that was published in the open-source journal Scientific Reports this week.

Scientists had previously believed that the population of Adélie penguins was declining due to climate change. “Not only do the Danger Islands hold the largest population of Adélie penguins on the Antarctic Peninsula, they also appear to have not suffered the population declines found along the western side of [the] Antarctic Peninsula that are associated with recent climate change,” said Michael Polito, another co-author of the study.

Scientists decided to make a trip to the remote and freezing Danger Islands to verify the vast penguin super-colony and make sure the satellite images weren’t just bullshit. I gotta be honest, I’d much rather study penguin shit from space instead of first-hand. The team of scientists arrived on the island in December of 2015 and began to count the penguin population. They utilized drones to survey the island and estimate the penguin numbers. “The drone lets you fly in a grid over the island, taking pictures once per second. You can then stitch them together into a huge collage that shows the entire landmass in 2D and 3D,” said the study’s author Hanumant Singh. At least penguins can’t fly which makes parking your car in Antartica a little more comforting.